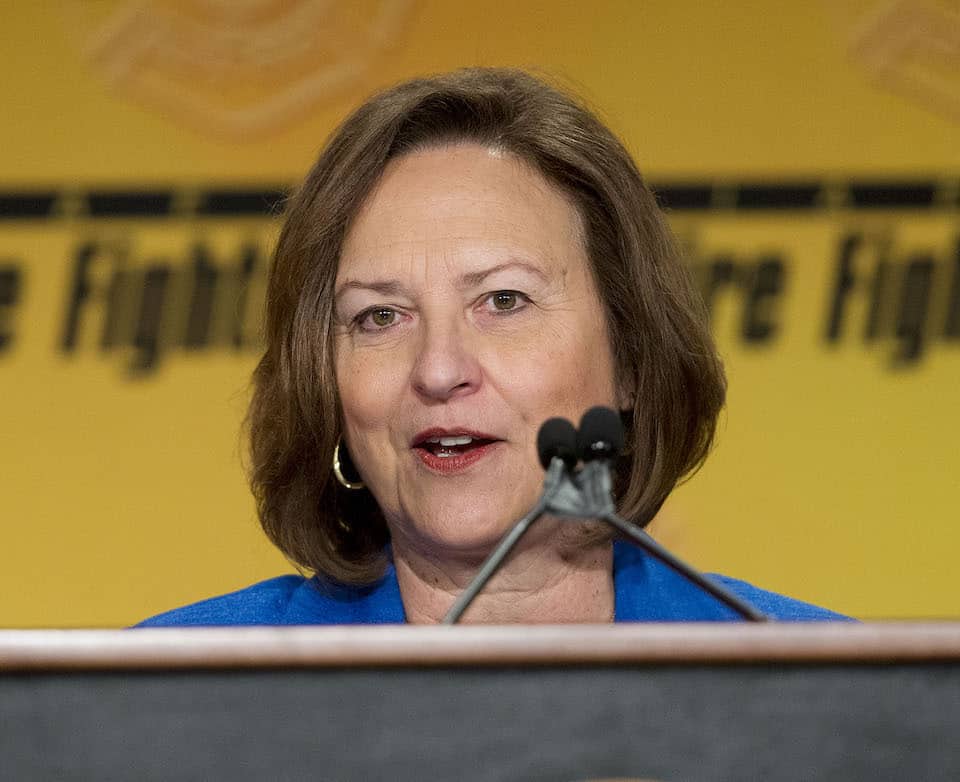 Nebraska Republican Deb Fischer wants the people of her state to know she's running for re-election. She just doesn't want to have to hear from them — unless they support her.

Republican Sen. Deb Fischer invited the people of Nebraska to meet with her as part of her "Strong Families, Strong Communities Tour" throughout the state.

Just one little catch: Not all Nebraskans were welcome.

For weeks, she had advertised the tour as simply an opportunity to meet with the senator and hear her thoughts on "strong families" and "strong communities."

But on Saturday, when a number of her constituents showed up in Lincoln to hear what their senator had to say, they were turned away.

I'm at Deb Fischer's campaign event in Lincoln. They are screening attendees at the door. I was turned away as someone likely to dissent

It turns out that Fischer's tour was not an opportunity for her constituents to ask her about the issues that matter most to them — primarily, the Republican Party's plan to destroy health care.

Instead, while it was never advertised as such, the tour was Fischer's kickoff off her re-election campaign, during which she vowed to "stand tall for our shared values."

Those constituents who had hoped to get into the event in Lincoln — and who had even purchased tickets in advance — were turned away at the door because it was "a private event."

Here is what the staff at the door said as they turned Deb's constituents away pic.twitter.com/ewelxRocNU

Fischer, like so many of her fellow Republicans, has mostly avoided holding town halls where her constituents can ask her about the health care repeal plan and why she would support something that will kick 23 million people off their insurance and gut funding for Medicaid, leaving the most vulnerable Americans without health care.

At one of her few town halls earlier this month, Fischer was booed by the audience for refusing to even address a woman with a chronic illness who asked why Fischer had not been a better advocate for the people she represents.

No wonder Fischer wanted to screen attendees to make sure no one who might ask her the difficult questions would be allowed to embarrass her again.

Fischer has yet to say whether she will support the Republican bill. But if she does vote for it, and forces millions of Americans — including those in her own state — to lose their access to affordable health care, she might as well not bother scheduling any more re-election campaign events.