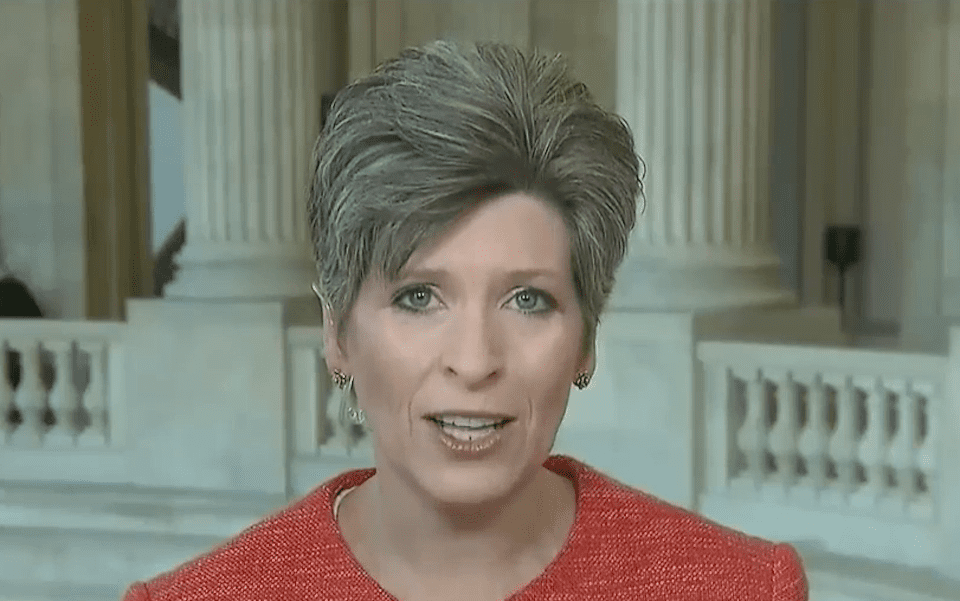 This spells trouble for Trump with Republican women.

The Trump administration's ongoing botched response to the Rob Porter domestic abuse scandal even has staunch Republicans speaking out, including the most conservative woman in the U.S. Senate.

During an interview with CNN's Jon Berman Tuesday morning, Sen. Joni Ernst (R-IA) expressed disappointment with Trump's response to the Porter scandal and the administration's coordinated effort to defend Porter.

Ernst, who was willing to defend Trump over his racist rant last month, told Berman she is "extremely disappointed" with the Porter situation.

"He hasn't said enough yet, in other words," Berman asked.

"I'd like him to come out a little bit stronger on that," Ernst replied.

Berman then asked Ernst about White House press secretary Sarah Huckabee Sanders arranging an off-the-record briefing for Porter after the photos verifying his ex-wife's abuse were published "apparently to justify that photo and other things to reporters. Your reaction to that?"

"And you believe the women?" Berman asked.

"I do believe the women. Yes, I do," Ernst responded.

Trump has publicly proclaimed Porter's innocence and smeared women as liars. On Monday, his White House made a failed attempt at cleaning up his mess with a meaningless statement issued through a spokesperson. Now, there's new reporting that the Trump administration worked with Porter to help him after they saw the photographic evidence of the abuse.

Ernst's condemnation demonstrates just how badly this scandal could — and should — hurt Trump politically. Trump has already inspired record numbers of women to run for office, and even before this scandal erupted, Trump's approval rating among women was a dismal 29 percent, with sharp declines among white women.

Trump's hostility toward women has been evident for a very long time, but this scandal is showing the women who once stood with Trump how much he doesn't stand with them.