Home National GOP senator 'not sure what it does' but voting to repeal health...
Support progressive journalism.
Donate today 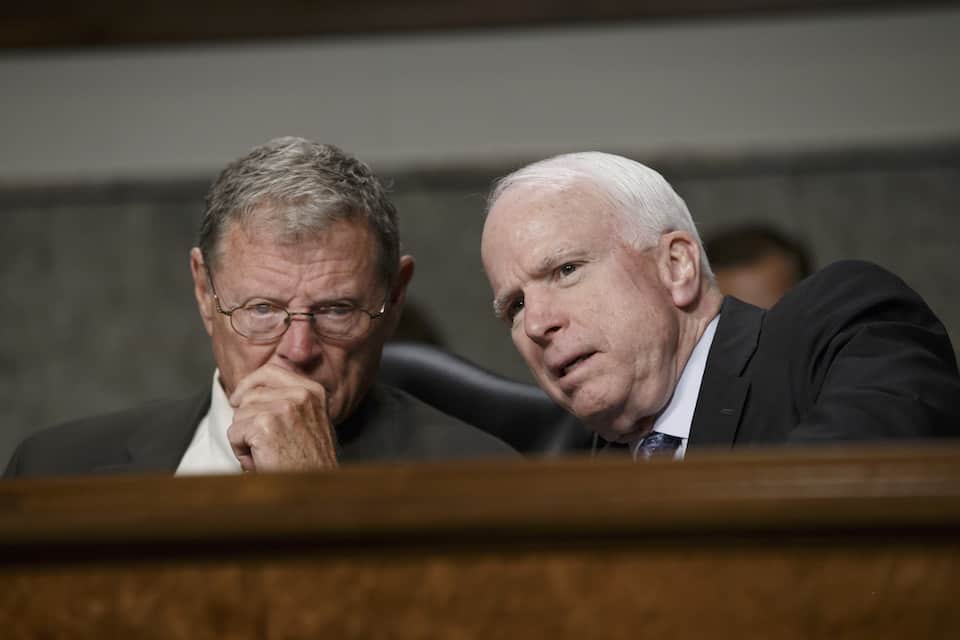 He doesn't know what's in his party's disastrous health care bill. And he doesn't care.

The one thing that matters to Republicans when it comes to their health care bill is that it repeals Obamacare.

It doesn't even matter what's in the bill at all. It's the fulfillment of an eight-year promise to undo Obamacare, and for Republicans, that's all that matters.

.@JimInhofe on health bill: "I'm not sure what it does. I just know it's better than Obamacare." Asked HOW it's better, gets into elevator.

He's not sure what the bill does, but that won't stop him from voting for it. As for his colleague John McCain, well, he apparently has some idea of how bad the bill is, but he will also vote for it anyway.

John McCain says there are "lots" he'd like to see changed in the health care bill, but not withholding support.

The Arizona senator should know that withholding support of a dreadful and damaging bill is exactly how it works. But McCain, for all of his tough talk and stern words, is first and foremost a Republican, and he will always vote for the Republican way — whether it's the reckless, racist misogynist at the top of the presidential ticket or a terrible health care bill that will have a disastrous impact on McCain's own constituents.

The Congressional Budget Office released its report on the Senate version of the repeal bill, and while the Senate version is slightly less bad than the House bill in certain ways, neither is an improvement of the existing health care reform.

The Senate version, for example, would cut $772 billion from Medicaid to give $541 billion in tax cuts to the rich. As Sen. Elizabeth Warren so rightly and righteously described the Medicaid cuts, "These cuts are are blood money. People will die."

But none of that matters to Inhofe, who can't be bothered to know what's in the bill. Nor does it matter to McCain, the supposedly fierce maverick, who is now claiming he's powerless to stop it.

Contrary to Inhofe's absurd statement, the Republican plan is not better than Obamacare. Obamacare expanded access to affordable health care for people who had never been able to see a doctor. It lowered the costs of health care, and it saved lives. And if the Republican plan passes, not only will it undo the tremendous progress made under Obamacare, but it will makes things even worse.

The craven desire to at long last repeal Obamacare is what matters to Republicans like Inhofe and McCain. And if wreaks havoc on our country, if it costs money and even lives, so be it. And as long as they can quickly dodge into elevators to avoid the tough questions, they might believe they're getting away with it.

But when they have to go home and face the voters are demanding that Congress protect their health care, it will not be so easy to hide.