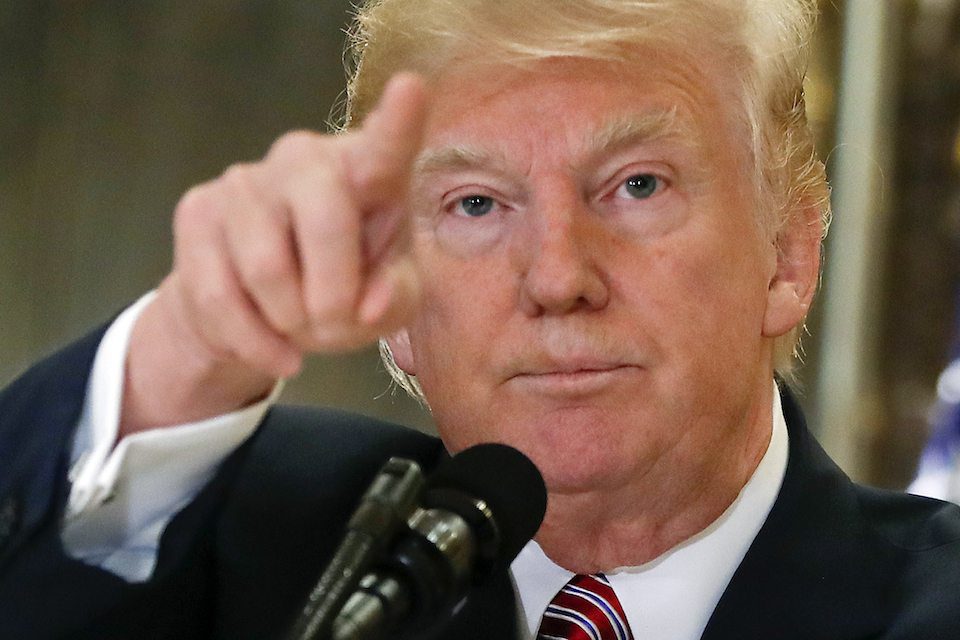 Sen. Lindsey Graham is proposing an amendment to the military budget that would let the Secretary of Homeland Security revoke Americans' citizenship with no due process.

Republicans have long been willing to throw away the rights of the American people in the name of defeating foreign enemies.

To this day, the 9/11-era bill giving the president open-ended power to declare war anywhere he wants is still rigorously protected by Republican leadership. And Donald Trump's arbitrary Muslim ban has already ruined the lives of thousands of people for no good reason.

But South Carolina Sen. Lindsey Graham thinks the war powers of the government still do not go far enough.

On Thursday, Graham submitted S.A. 1047 for debate in the Senate. This amendment, proposed for the annual military budget, would give Trump the despotic, unlimited power to strip any American accused of helping our enemies of citizenship and throw them out of the country.

Currently, the government can only forcibly revoke your citizenship in extremely narrow circumstances, like enlisting in the army of a foreign state at war with the United States. Even then, you must first be convicted in a court of law of the underlying offense, and then it must be proved in a separate civil action that what you did constituted knowing intent to forfeit citizenship.

But under Graham's amendment, the secretary of Homeland Security would expand this to anyone "committing a belligerent act or directly aiding or supporting enemy forces."

Furthermore, charges will be based solely on a recommendation from the secretary of Defense, and "the Secretary of Homeland Security shall set up an administrative process, and have the sole authority over such process," meaning they can declare people guilty without a trial.

Graham's proposal is similar to a bill introduced multiple times since 2014 by Sen. Ted Cruz, known as the "Expatriate Terrorists Act." This bill would allow the government to strip citizenship from any American aiding a designated terrorist group, without proving the underlying criminal charge. But even Cruz's bill did not explicitly grant Homeland Security the sole power to be judge and jury.

The Council on American-Islamic Relations (CAIR) denounced the move in no uncertain terms:

"Citizenship is a right, not a privilege to be taken away without due process and based on unproven accusations," said CAIR Government Affairs Department Director Robert S. McCaw. "The courts can convict those who have violated the law — but no bureaucrat may take away an American’s citizenship without their consent or adequate due process."

And quite aside from being unconstitutional and a gross violation of civil liberties, the proposal simply makes no sense. Graham is basically saying the government should not have to prove the underlying act of war that merits stripping citizenship before actually stripping people of citizenship.

But Trump is likely to love this idea. Last year, he called for stripping citizenship from people who burn the American flag. If this amendment passed, Trump would almost certainly demand his Cabinet start exiling people.

We cannot for a second convince ourselves that Trump is a unique or anomalous threat to American freedom. His fellow Republican lawmakers will take away your rights just as willingly.