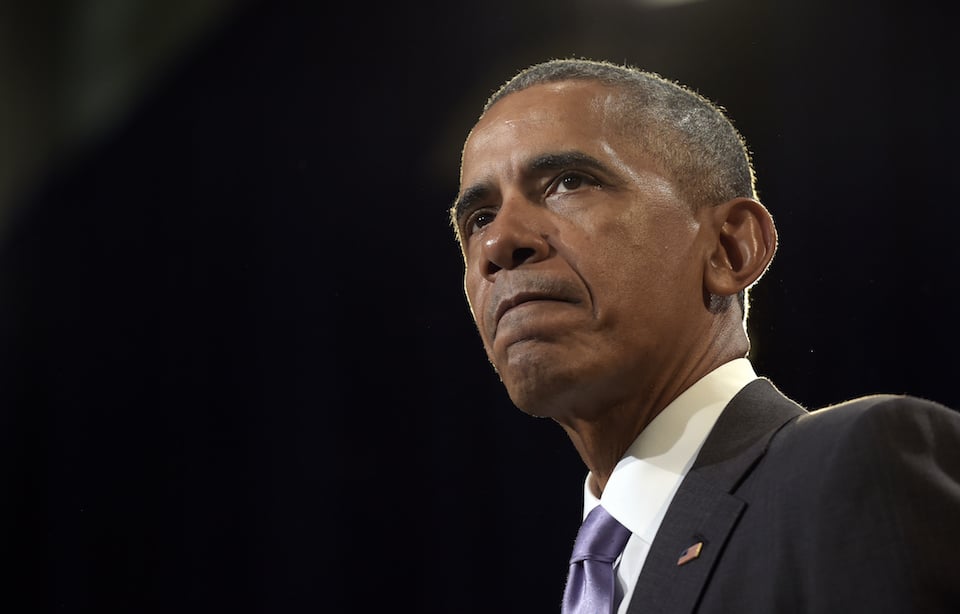 As his presidency descends into utter chaos and failure, Trump returns to one of his favorite and most despicable conspiracy theories.

It has been many years since President Barack Obama released his birth certificate to prove, once and for all, that he was born in the United States.

But for Donald Trump — who helped fuel the disgusting, racist birther conspiracy that Obama's birth certificate was somehow fake and thus he was not a legitimate president — that was never enough. Trump continued to repeat his ugly debunked lie year after year, right up until his election in 2016.

And even as he holds the most powerful office in the world, he hasn't stopped.

A Republican senator who insisted on remaining anonymous told The New York Times that Trump has "revived" this disgraceful attack on his predecessor, even after he reluctantly told reporters right before the 2016 election that his supposed investigation had put such baseless rumors to rest.

There was never any truth to the rumors to begin with, which didn't stop Trump from repeating them countless times, especially on Fox News. Trump even had the audacity to accuse Hillary Clinton of starting the birther conspiracy theory — a claim that was immediately debunked.

Despite Trump's statement more than a year ago that he was finished with this particular smear of Obama, he clearly is not. He has remained obsessed with Obama through the first year of his presidency – humiliated over and over again that his popularity is so much worse, his approval is so much lower, his inaugural crowd size so much smaller.

So it seems Trump is comforting himself now with one of his most beloved — and most disgusting — lies about the twice-elected and far more popular president. Which just goes to show that after nearly a year in office, Trump remains as spiteful and petty as he has always been.