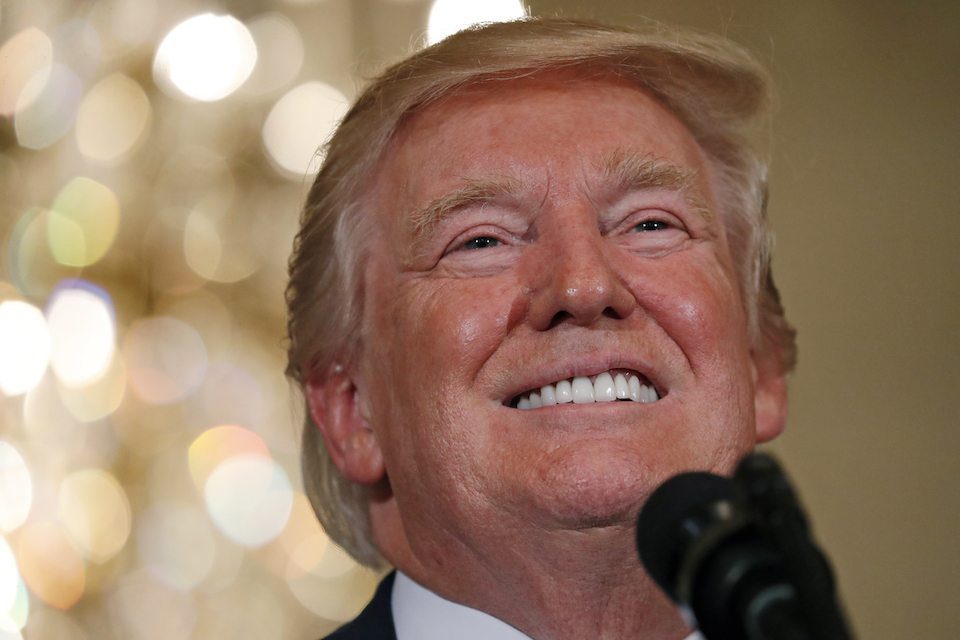 The Republican Party's spending on Donald Trump properties is up almost 200 percent in the last year, intermingling corruption, party business, and personal income.

The Republican Party's transformation into just another way for Donald Trump to generate personal wealth has significantly accelerated in the last year, according to a new report.

BuzzFeed reports that the flow of money from GOP campaigns to Trump companies is up over 200 percent, with at least $293,000 in Republican spending since Trump became president. That is an increase from the first half of 2016, when just under $100,000 went into Trump's bank account.

In addition to spending from Trump's own re-election campaign, Republican money has come in from several Republican members of Congress, including Rep. Tom MacArthur, who held a fundraiser at Trump's golf club in Bedminster, New Jersey.

The D.C. hotel has become the de facto hub of efforts to influence and please Trump by enriching him. Foreign entities have chosen the venue so that Trump is aware of their efforts to curry favor with him. He is currently the subject of a lawsuit alleging that his failure to divest from the property is in violation of the law, specifically the emoluments clause of the U.S. Constitution.

An analysis of campaign spending by Trump in 2016 found that $1 out of every $10 donated to his campaign found its way into his bank account, and now the complete integration of Trump with the Republican Party may exponentially increase the size of the slush fund.

The desire to get Trump on their side and to attract his dwindling but vocal base of voters to their campaigns may be enticing Republicans to spend their money with his properties. In exchange, Trump might offer public support for their campaigns, or even show up to rally for them — though his increasing unpopularity could make him more of a liability by the midterm elections.

The unethical commingling of the personal and political continues under Trump, creating ethical quicksand that has the experts ringing the alarm bells. The Republican Party built this.