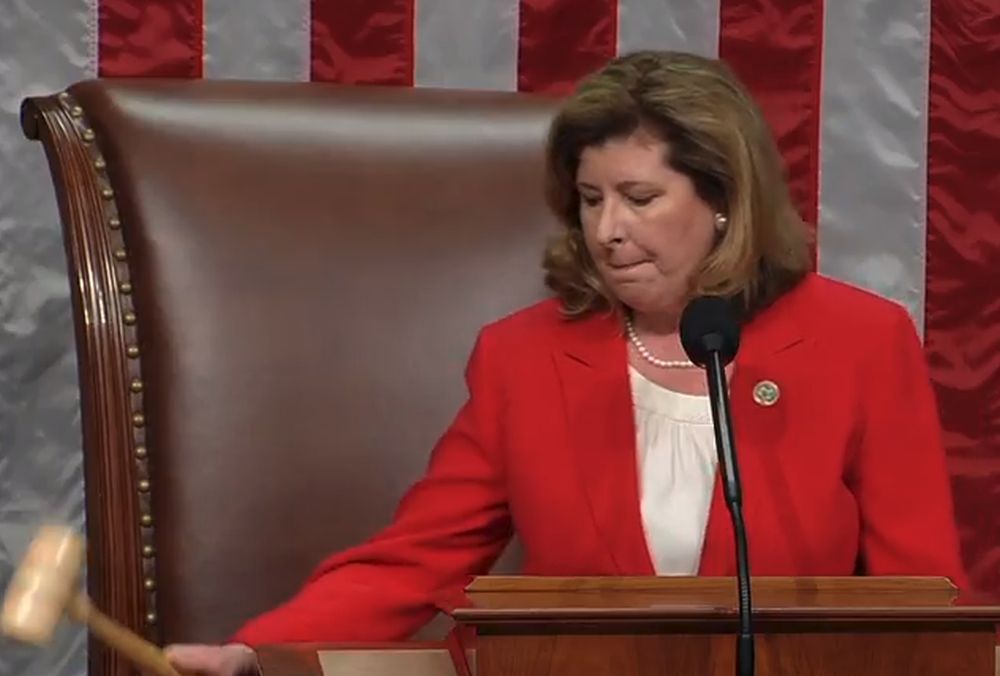 Republicans literally cannot stand to hear the painful cries of children Trump has ripped from their parents.

Republicans shut down an attempt on the House floor to play audio of a crying child kept in a detention center under Trump's policy separating children from their families.

On Friday, Rep. Ted Lieu (D-CA) started to play the audio first obtained by the ProPublica news service, in which children can be heard wailing while held inside a Customs and Border Protection facility.

"Many of them sound like they’re crying so hard, they can barely breathe," ProPublica reported. "They scream 'Mami' and 'Papá' over and over again, as if those are the only words they know."

Before playing the recording, Lieu slammed Trump and Homeland Security Secretary Kirstjen Nielsen for engaging in "the functional equivalent of kidnapping."

"I believe in Jesus Christ," Lieu said. "Every single thing in the Gospels of what Christ taught goes against the policy of family separation."

He then began to play the recording. The sound of crying children echoed through the historic building, falling on the ears of legislators who refuse to act to resolve the situation and enable Trump's racist policies.

Rep. Karen Handel (R-GA) was presiding over the session and banged her gavel, demanding that Lieu stop playing the audio and saying.

"The gentleman will suspend," Handel said. When Lieu asked why, Handel — who was elected to Congress in a special election last year, with support from Trump and the NRA — told him he was "in breach of quorum."

"Why are you trying to prevent the American people from witnessing what it sounds like in a detention facility?" Lieu asked.

Handel continued to bang her gavel, demanding that Lieu stop.

"The gentleman will suspend!" Handel yelled, but Lieu continued to play the audio.

As the horrific sounds continued to play, Handel called in the sergeant-at-arms, who walked down to Lieu's podium and got him to shut off the recording.

Friday's incident comes after a similar occurrence earlier in the week, when Democratic members of Congress invited children to the floor of the House to protest Trump's policy.

Rep. Luis Gutierrez (D-IL) and some of his Democratic colleagues brought several children to the House floor to demonstrate opposition to Trump's policy, and like Lieu, Gutierrez found himself gaveled and silenced, his time cut short as he was accused of a "breach of decorum."

When Gutierrez refused to stop speaking out on behalf of the children harmed by this policy, the House was declared in recess and the cameras were shut off.

As people across America, and the world, are reacting in horror to the images of these scared children, those Republicans in Congress who have enabled and even supported Trump's most hateful and harmful policies are doing everything they can to try to keep the truth from getting out.