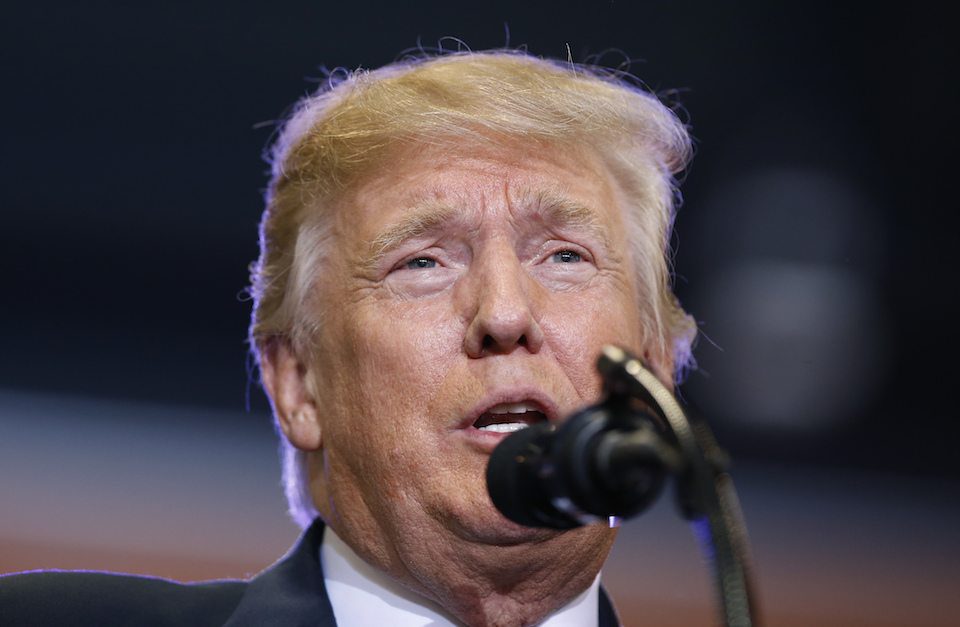 Dubbing Trump’s long-winded, on and off-script tirade in Phoenix as “Castro-esque,” Wilson ripped the self-pitying performance as “an astounding chain of lies tied together by lunatic asides by a man who obviously is mentally unstable,”

Wilson stressed to CNN’s Don Lemon, “I’m not joking about it or being a smart ass, this is a man who is not well.”

More and more entrenched observers are reaching that same conclusion as Trump’s behavior, particularly in the wake of the white supremacist violence in Charlottesville, Virginia, becomes increasingly bizarre and unstable.

“I really question his ability to be — his fitness to be — in this office,” Clapper told CNN, while detailing a nightmare scenario where an uncontrollable, petulant Trump could trigger a nuclear war. The Washington Post labeled Clapper’s comments, coming from a lifelong military and intelligence professional, as being “extraordinary and perhaps unprecedented.”

Last week, Republican Sen. Bob Corker from Tennessee told reporters, “The president has not yet been able to demonstrate the stability nor some of the competence that he needs to demonstrate in order to be successful.”

For Wilson, Trump’s creepy speech represented, “an astounding moment in our history. And I know the 25th Amendment is a remote possibility, but if people around him don’t think this guy is absolutely bat-crap crazy, they are mistaken.”

Rick Wilson on the Trump rally - "it was an astounding chain of lies, tied together by lunatic asides, by a man who is mentally unstable" pic.twitter.com/0hN3T5w4T2

WILSON: Don, this was a Castro-esque speech in length. It was an astounding chain of lies tied together by lunatic asides by a man who obviously is mentally unstable. I mean, I’m not joking about it or being a smart ass, this is a man who is not well. This is a man who is not qualified, or mentally or morally fit to be the president of the United States, and tonight was one more proof of it.

“Much of the decline in Trump’s approval rating appears to have come from self-identified Republican voters — 73 percent, down from 81 percent last week,” according to Politico.