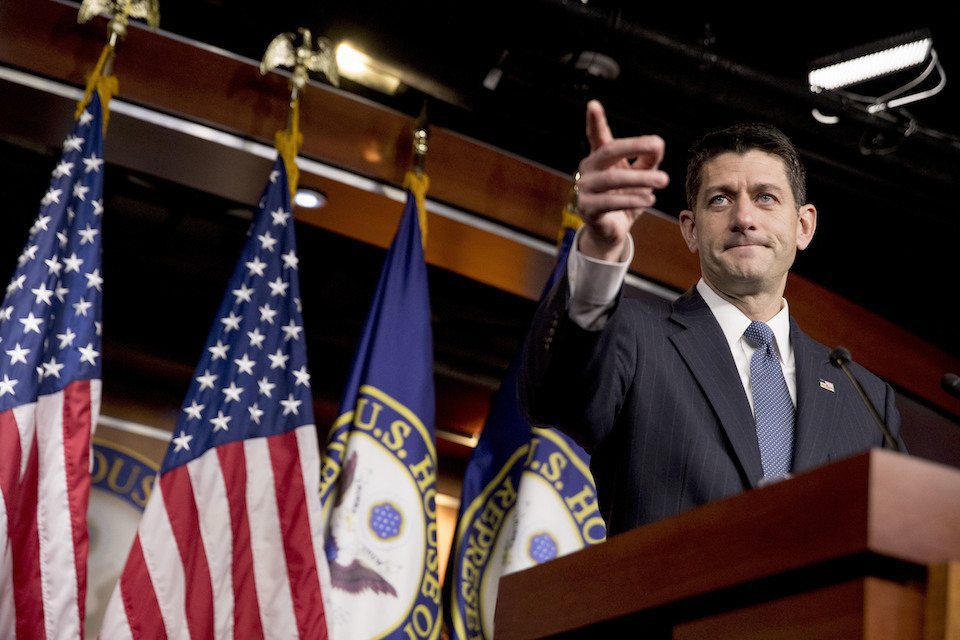 The Republicans' disastrous tax scheme includes a provision eliminating the ability of teachers to claim a tax deduction for buying school supplies while handing out billions in giveaways to multi-millionaires.

Republicans believe so strongly in cutting taxes for millionaires and billionaires that their new tax proposal will force teachers to finance yet another giveaway to the elite idle rich.

A provision in the Republican tax bill, concocted in secret by the Trump administration and congressional Republicans, led by Speaker Paul Ryan, eliminates an existing tax break that teachers can currently use to buy school supplies.

Studies show that teachers spend an average of nearly $1,000 a year buying supplies for schools, purchasing things like pencils and batteries. Right now, they are allowed to deduct up to $250 from their taxes after making those purchases.

Republicans believe that has to end, quickly.

The brutal proposition makes it clear that the priorities of the unpopular tax bill are tilted so much in favor of the idle rich that it is a cruel joke.

"As educators spend more and more of their own funds each year to buy basic essentials, Republican leaders chose to ignore the sacrifice made by those who work in our nation’s public schools to make sure students have adequate books, pencils, paper and art supplies," Lily Eskelsen García, president of the National Education Association, told the Washington Post.

What the bill does not ignore is massive tax cuts for the wealthiest Americans as well as gigantic corporations pulling in billions of dollars.

The legislation also takes great care to eliminate the estate tax, a tax that only affects 0.2 percent of estates. While the Republican bill cut off help for teachers, it hands families like the Trumps nearly $4 billion for doing absolutely nothing but being born rich.

The misplaced priorities of the Republican legislation have made it historically unpopular right out the gate. The vast majority of Americans do not share Donald Trump and Ryan's belief that the tax code should be rigged for their billionaire friends and backers.

That is why Republicans had to quickly distribute talking points that claimed people earning $450,000 a year were "low- and middle-income," because those are the people who make out like bandits from the scheme.

Conservative values prioritize billionaire giveaways over hard-working teachers, but the resistance to this bill shows such views are in a dwindling minority.