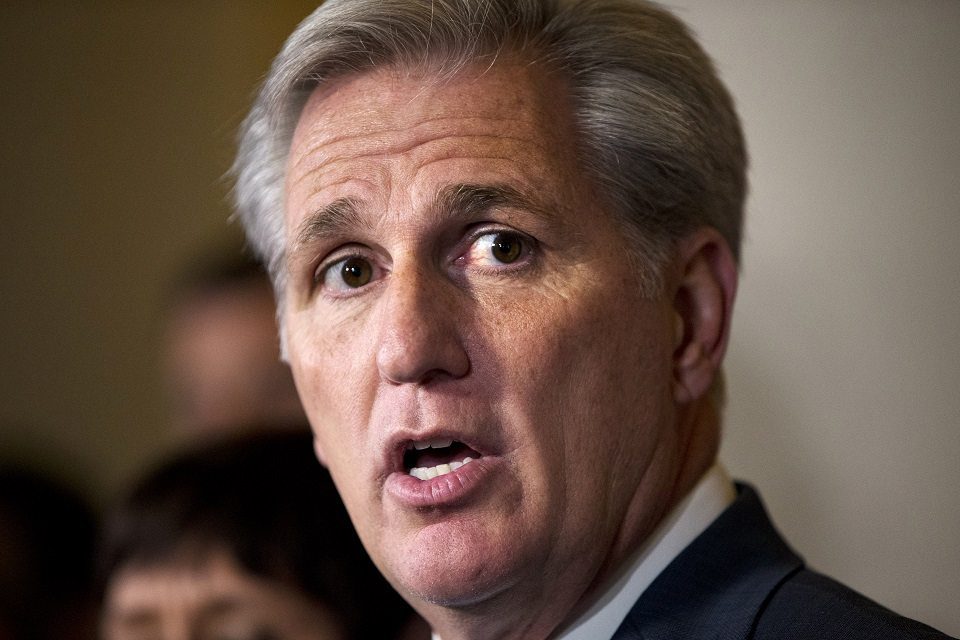 Because they have no real legislative agenda, the House GOP is just going to try to put women at risk 'again and again and again,' as Minority Leader Kevin McCarthy put it.

House Republicans are pushing a bill that would threaten doctors with criminal penalties if they don't provide medical care for babies who survive attempted abortions — a bill that is both unnecessary and dangerous.

But none of that is stopping the GOP, which is once again turning to fearmongering and lies about abortion to rile up the right-wing base because Republicans have no other real ideas for governing.

The idea that abortion providers routinely deliver live infants and then kill them is a completely bogus right-wing myth that has found its way into the halls of Congress. If such a thing ever did happen, it wouldn't be necessary to pass a new law about it because infanticide is already illegal.

But the GOP bill is not just useless — it's also dangerous, because its vague, broad language could interfere with doctors' normal medical practice.

Minority Leader Kevin McCarthy, however, is determined to promote these harmful lies by demanding a voice vote on the resolution. He's perfectly aware the Democrats will object, so he says Republicans will just ask "again, and again, and again" until they get what they want.

That isn't legislating; it's theater. It's also the same disastrous impulse that led Republicans to vote, scores of times, to repeal Obamacare when they knew it would never make its way past Obama's desk — which ended up costing the GOP dearly in the 2018 midterm elections.

For years, the GOP has flogged myths about what they call "late-term abortions" (which, because it's not even a real medical term, they inaccurately use to describe ending pretty much any pregnancy after the first trimester). But these myths have been given new life thanks to abortion rights legislation being passed in New York and proposed in Virginia.

In a comically overwrought portion of the State of the Union, Trump described the New York bill as "legislation that would allow a baby to be ripped from the mother’s womb moments before birth." He went on to claim that the embattled governor of Virginia, Ralph Northam, would "execute a baby after birth."

First of all, there's no such thing as an "abortion" moments before birth or in the ninth month of pregnancy. Abortions after 24 weeks are vanishingly rare and are only done in the case of fetal anomalies, and if a woman's health requires ending a pregnancy after 24 weeks, doctors just do a C-section or induce labor and care for the infant in the neonatal intensive care unit.

Second of all, the actual legislation Trump referred to is much less dramatic than he suggests. New York removed some barriers to later abortions so that women no longer had to travel out of state for abortions that occur later in pregnancy. The proposed legislation in Virginia would allow third-trimester abortions with a signature of only one doctor, rather than three — and that doctor would still have to say there were significant risks to the mother's mental or physical health.

None of these are even close to ripping babies from wombs or executing them after birth. That's because, simply put, healthy fetuses are not "aborted" at the nine-month mark in any state for any reason.

Moreover, this approach isn't nearly the winning strategy the GOP thinks it is. A decisive majority of Americans — 58 percent — think abortion should be legal in most or all cases. The types of abortions the right wants to scaremonger over are also quite rare: only 1.3 percent of abortions happen after the 21st week.

Introducing bills no one wants and that have no hope of passing shouldn't be a governing strategy — but with the House GOP, it's all they have.