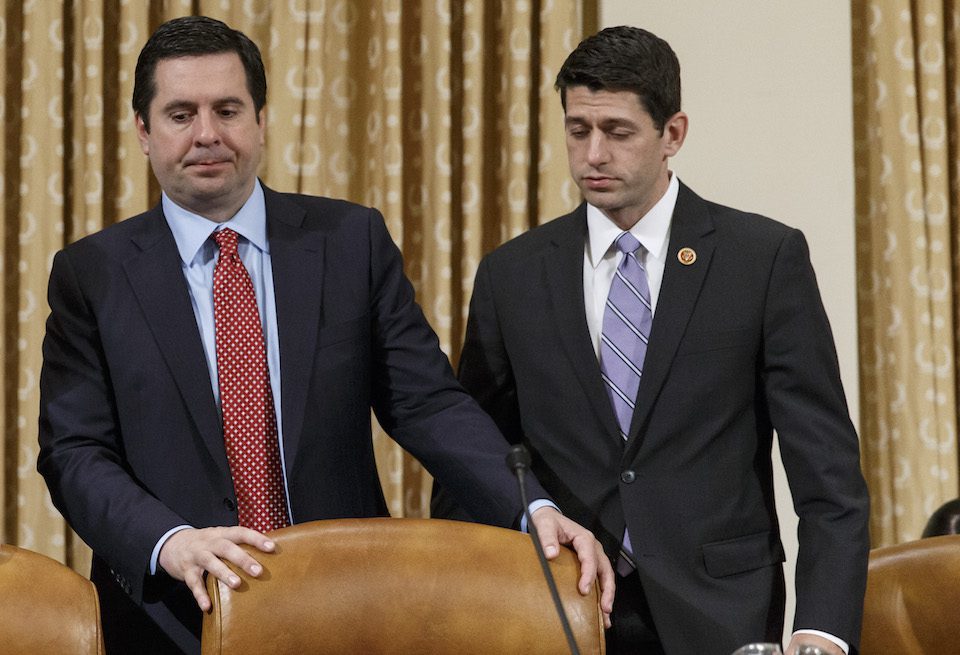 U.K. intelligence agencies are alarmed at Republican plans to release their secret methods used to defend the world against crime and terrorism.

The Telegraph reports that the partisan memo concocted by top Trump defender Rep. Devin Nunes (R-CA) could compromise British spies. A congressional source explained to the paper that Britain's security services would be "rankled" if the information is released to the public, as Republicans intend to do Friday.

The memo reportedly contains sensitive information on how U.K. intelligence agencies like MI5, MI6, and the National Crime Agency operate.

If the inner workings and methods of those groups are revealed as part of the Republican Party's attempt to attack the FBI, it could cause the U.K. to think twice about assisting America in the future. As a top international ally, the "special relationship" between America and the U.K. has been a key force in combatting international crime and terrorism.

Intelligence sharing between agencies in both countries is used to protect the lives of millions of people on both sides of the Atlantic, including citizens in dozens of other nations.

Trump has chosen to engage in total war against the FBI, in retaliation for the ongoing special counsel investigation into his relationship with Russian operatives during the presidential campaign and subsequent obstruction of that investigation.

He is being aided by Republicans in Congress, who have been given the green light to go on the attack against the agency from their leader, Speaker Paul Ryan.

This is not the first time that Trump has angered the U.K. as a result of his paranoid conspiracies. Early in his administration, U.K. intelligence agencies were forced to publicly denounce allegations from the Trump administration that the U.K. had worked with President Barack Obama to wiretap Trump during the election. British intelligence officials called that fantasy "utterly ridiculous."

Lives around the world have been endangered, thanks to the actions of Trump and his Republican allies.

Alliances rely on careful diplomacy to ensure international cooperation in pursuit of safety. Trump, enabled by his fellow Republicans, is throwing that all away in a desperate effort to save his own political hide.