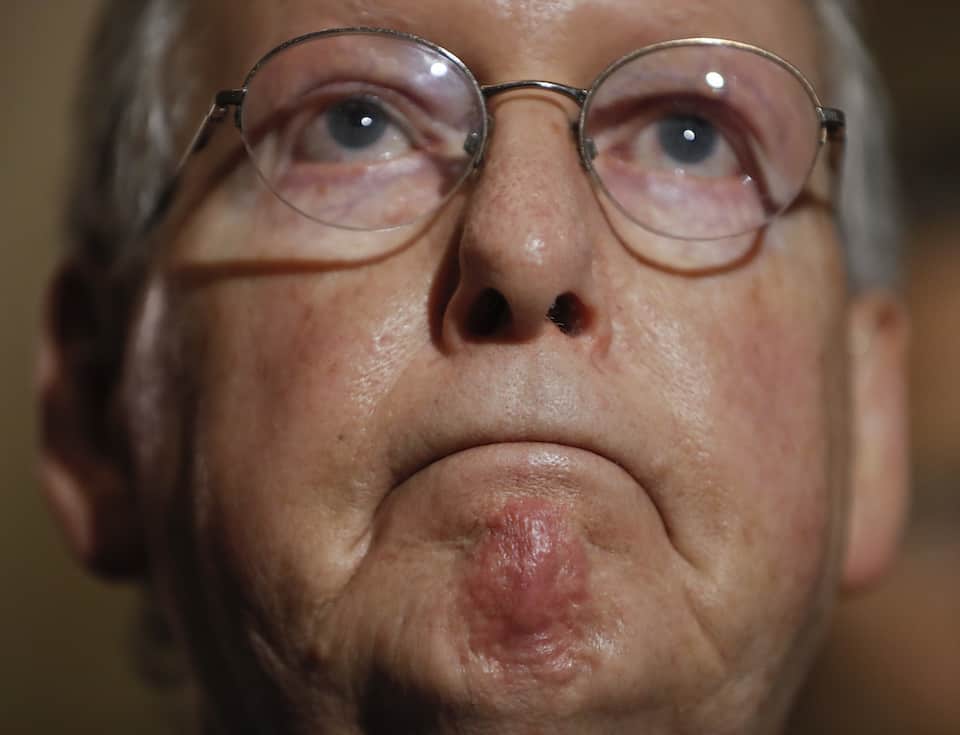 Senate Republicans want voters to believe they reject the extreme House bill to repeal Obamacare, but they are hiding the truth — and their own repeal plan.

After House Speaker Paul Ryan forced through a nightmarish Obamacare repeal bill that would strip 23 million people of health care and send insurance markets in much of the country into a death spiral, Senate Republicans immediately tried to disavow the bill and position themselves as the grown-ups.

"A bill that results in 23 million people losing coverage is not a bill that I can support," said Maine's Sen. Susan Collins.

Other Republicans have expressed concern about kicking Planned Parenthood out of Medicaid or cutting programs to treat opioid addiction.

But despite expressions of reluctance to enact the kind of damage that repealing Obamacare would do, Senate Republicans appear just as eager as their House colleague to do it anyway.

They are crafting a bill to repeal Obamacare in secret, and the few details that have emerged about the Senate negotiations show only superficial changes from the House bill. For instance, even supposed so-called "moderate" Republicans like Ohio's Rob Portman and West Virginia's Shelley Moore Capito still want full repeal of the Medicaid expansion, but over seven years instead of immediately.

Further, Senate Republicans have no intention of publicly releasing the bill in advance, so voters will know what is in it, because, as one Republican aide put it, "We aren't stupid."

They're also excluding Democratic senators from the process as well. They are not even allowed to see the bill, which is being brokered behind closed doors, with no amendments or markups, by a group of 13 ultra-conservative men and zero women.

Senate Majority Leader Mitch McConnell (R-KY) decided he was not even going to try to work with Democrats or earn Democratic votes. That is why he is passing the Senate bill via budget reconciliation, a rule intended only for deficit reduction bills, which lets him circumvent a Democratic filibuster.

Senate Republicans, in short, are in lockstep with their House colleagues when it comes to stripping health care from millions of people. They are just using padded deadlines and accounting tricks to make it look less severe.

The fact is, Republicans senators do not care about people who will lose health care any more than Ryan does. What they care about is public outrage. That is why McConnell and his fellow senators are trying to keep their version of repealing Obamacare vague and secretive, even from Democratic senators, right up until they actually hold the vote, so there is no time to rouse an effective resistance.

McConnell and his Senate allies want the American people to think that makes them moderates. It actually makes them cowards.