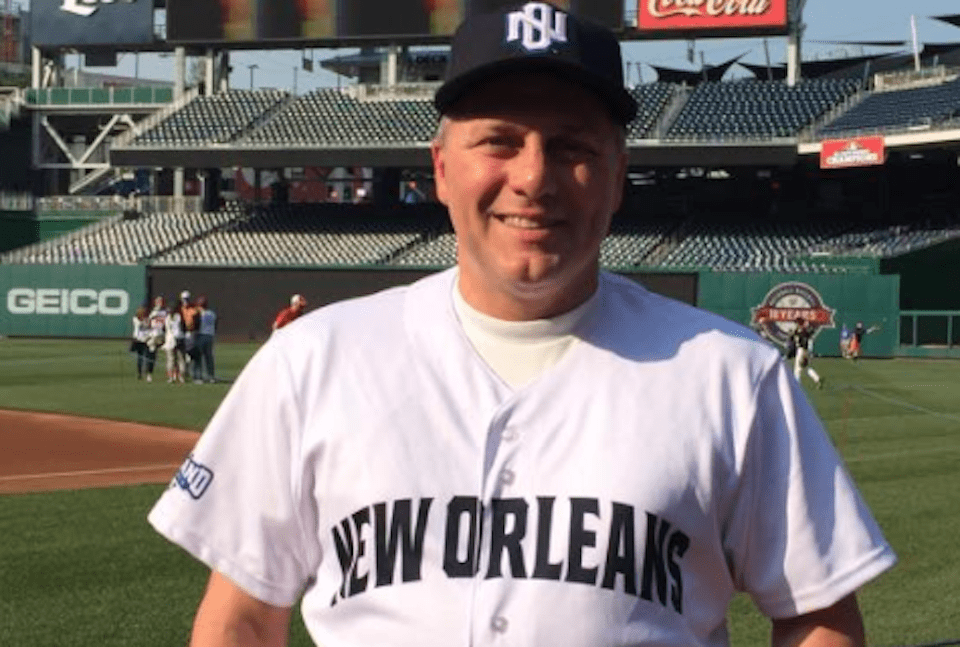 A progressive political advocacy group in Louisiana responded to the shooting of their Republican congressman, House Majority Whip Steve Scalise, with clarity and compassion on Wednesday.

Scalise and four others were shot and injured in Alexandria, Virginia, during practice for the annual congressional baseball game.

After news broke, Metairie Indivisible — an Indivisible Project chapter that covers Scalise's district — quickly realigned its priorities for the day. The group had planned a massive, day-long campaign of phone calls by constituents to express opposition to the Republican efforts to repeal Obamacare.

But the local chapter immediately sent a message to its members that its goal for the day had changed, and asked constituents to instead express their "concern and support" for Scalise and otherwise to leave the phone lines open for others to reach his office:

As a result, instead of leading Metairie Indivisible's members into opposition as planned, organizer Laura Crigger expressed the sense of shared humanity we need more of in our politics:

It's not just about Steve; it's also about his family, the staffers who work for Rep. Scalise – they're all likely very shaken right now and could really use support from the community. We may not always agree with Steve, but he didn't deserve this and we need to show that we care and are with them, too.

“We are united,” Ryan said. “An attack on one of us is an attack on all of us.” That statement received an extended standing ovation from the full House.

Pelosi followed Ryan with a statement of her own, saying, "To my colleagues, you will hear something you’ve never heard me say before: I identify myself with the remarks of the speaker." Her comment drew laughter — from both sides of the aisle.

Scalise remains hospitalized and is reportedly in critical but stable condition.