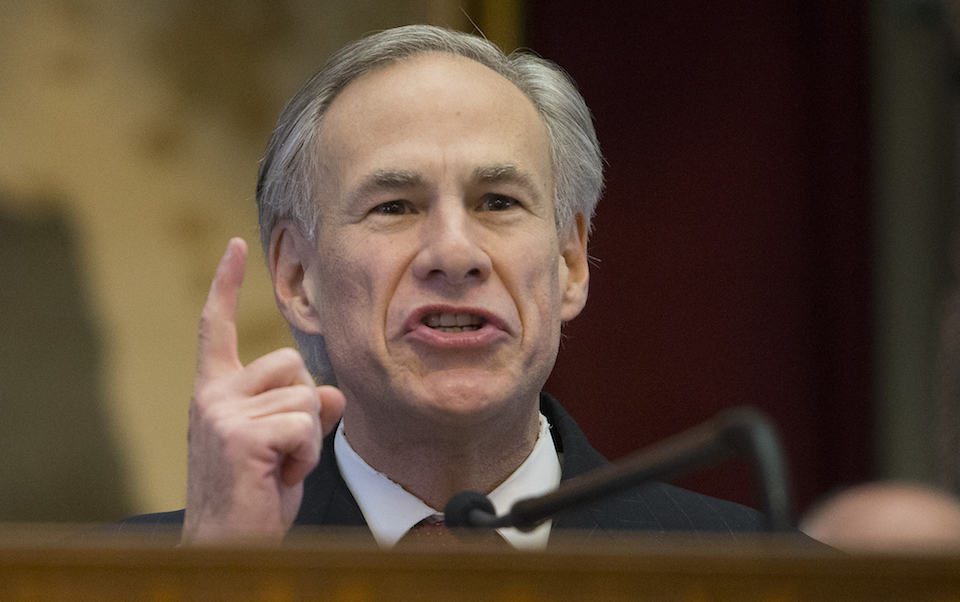 'It's almost like a murder suspect blaming their right hand for committing the crime.'

Texas Republican Gov. Greg Abbott has repeatedly tried to shift blame for last week's power and water outages that affected 4 million people in the state onto the Electric Reliability Council of Texas, the organization that operates Texas' electrical grid — but other Texas officials claim the state's own policies and failures are to blame for the crisis.

In a televised address Wednesday night, Abbott slammed ERCOT for its failures leading up to the disaster. "Many of you are angry — and you have a right to be," he said. "I'm angry too. At a time when essential services were needed the most, the system broke. You deserve answers. You will get those answers."

He noted that ERCOT had repeatedly assured him that it was prepared to face the winter storms; Abbott has already called for an investigation into its role in the statewide power outages.

But in a Dallas Morning News op-ed Thursday, David Sibley, a former Texas state senator, debunked some of Abbott's claims about ERCOT. Sibley, who co-wrote the law that deregulated the state's electrical grid in 2001, faulted a statewide lack of preparation due to a failure to winterize the gas, coal, and nuclear plants that make up 70% of Texas' energy sources.

But Sibley said ERCOT is not to blame for the failure to protect the generating plants from harsh winter storms. According to Sibley, it's not something ERCOT or the Texas Public Utility Commission, which oversees it, is authorized to do.

"ERCOT and the PUC can only act in ways permitted by the Texas Legislature," Sibley wrote. "They do not have the authority to compel electric generators to winterize their plants. They can only suggest it."

Sibley noted that only after the crisis did Abbott propose legislation giving the commission the authority to require winterization of ERCOT's plants.

But the commission, observers have noted, is helmed by a panel of three Abbott appointees, and its current chair, DeAnn Walker, was previously Abbott's top adviser on regulatory issues.

In November 2020, the commission made cuts that directly contributed to the state of emergency last week by cutting ties with a nonprofit organization whose role was to monitor the compliance of electricity generators with state reliability standards, including winterization standards.

Dallas County Judge Clay Jenkins took to CNN to slam Abbott for his own policies that led to the disaster. "The fault of this lies squarely on [former Gov.] Rick Perry and the current governor, Greg Abbott," Jenkins said Feb. 18. "They and their team passed the regulations to tell people whether or not they need to winterize. They chose not to tell companies to winterize — that need to winterize — which in a regulatory environment for a commodity is telling people not to winterize."

Jenkins noted that Abbott and the state legislature "consciously chose to do rock-bottom prices for large commercial enterprises. ... The bad choice was to do that, so much that it was at the expense of reliability for residential customers and all of us in extreme weather."

[Abbott and Perry] are now trying to blame it on a company called ERCOT that Gov. Abbott hired. They could easily fire that company and hire another one. But if they don't take responsibility and fix this by putting winterization guidelines for gas lines that are frozen underground, and for energy generators that haven't worked because they're not winterized, this will happen again. The fault lies with those two individuals alone.

Texas state Sens. Bob Hall and Tony Tinderholt have for years attempted to pass legislation to stabilize Texas' vulnerable grid after severe winter storms caused power failures in 1989 and 2011. Both have claimed their warnings went unheeded by Abbott and colleagues in the state legislature.

ERCOT is not absolved of all responsibility for the power outages that devastated much of Texas last week. The CEO of ERCOT, Bill Magness, publicly accepted fault during a meeting of the organization's board of directors Wednesday.

"I certainly could have done a better job emphasizing what was coming and had that communication with the board in more depth as well. So I understand your frustration," he said.

In addition to ERCOT's lack of preparation, communication, and cohesive response, critics say its ability to address the disaster was hampered by the fact that the organization's chair and vice chair, as well as several board members, live out of state.

But some lawmakers insist Abbott take the fall, noting that his lack of oversight of the public utility commission and ERCOT might stem from the fact that the fossil fuel industry is one of his biggest political donors.