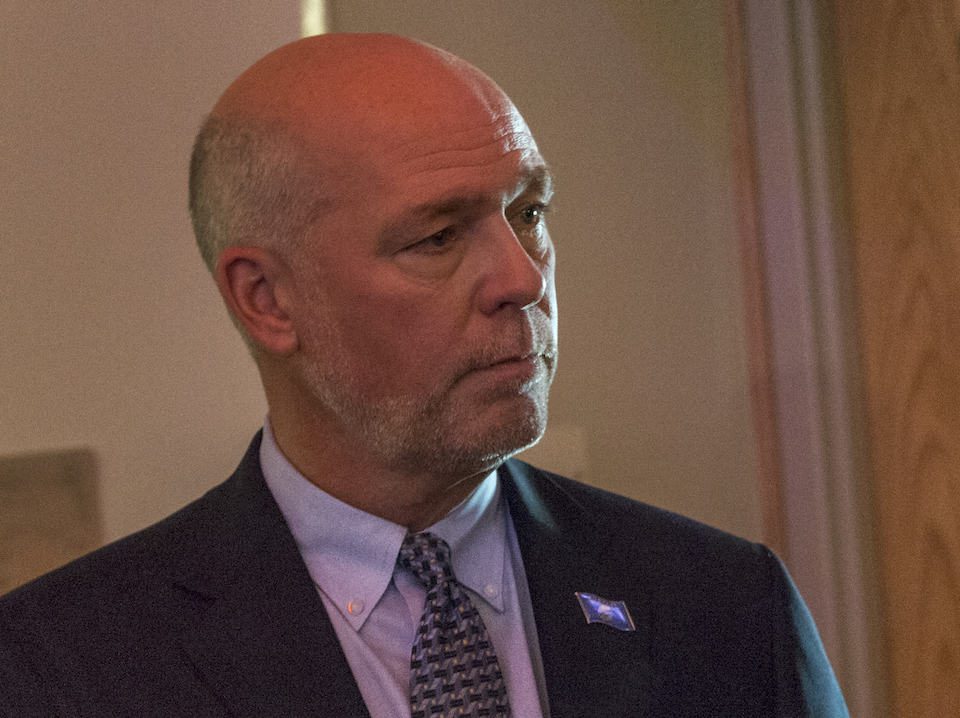 Greg Gianforte turned from physically assaulting a reporter the day before winning Montana's congressional race, to fundraising for Karen Handel, the Republican candidate in the closely-watched special election for Georgia's 6th congressional district.

Montana's incoming congressman Greg Gianforte is still facing charges for bodyslamming a reporter who asked him about health care. But that didn't dissuade him from sending out a fundraising appeal for the Republican candidate in an upcoming Georgia congressional election.

Gianforte, through the National Republican Congressional Committee, sent out an email  promoting Karen Handel's campaign and soliciting campaign donations. Gianforte hailed his successful race by noting, "It was Montanans' victory. It was President Trump's victory. And most importantly, it was your victory."

He added that "with your support" of Handel in the race, "we can defeat Pelosi and the liberals in Georgia and the remaining special elections."

In a real world exercise of the hostility Donald Trump has whipped up against the free press for months as the Republican party's leader, Gianforte reportedly physically assaulted Guardian reporter Ben Jacobs the day before the special election in Montana. As can be heard in an audio recording and as verified by eyewitnesses, Gianforte grabbed Jacobs by the neck, threw him to the floor, and punched him in his face, breaking his glasses.

Gianforte has been charged with misdemeanor assault, and as the Center for Public Integrity notes, "If he's found guilty, Gianforte faces us to six months in prison."

The race in the hotly contested race in Georgia's sixth congressional district is between Democratic underdog Jon Ossoff and Handel, a former Georgia Secretary of State.

Handel has been backed to the hilt by Trump and his political machine, to win a seat Republicans easily won with 61.7 percent of the vote last November, but for which they are now having to fight harder than ever.

Like her fellow Republicans who turned a blind eye to Gianforte's criminal behavior in pursuit of power, Handel appears unwilling to turn down Gianforte's help, giving tacit blessing to his — and Trump's — hostility to a free and open press.