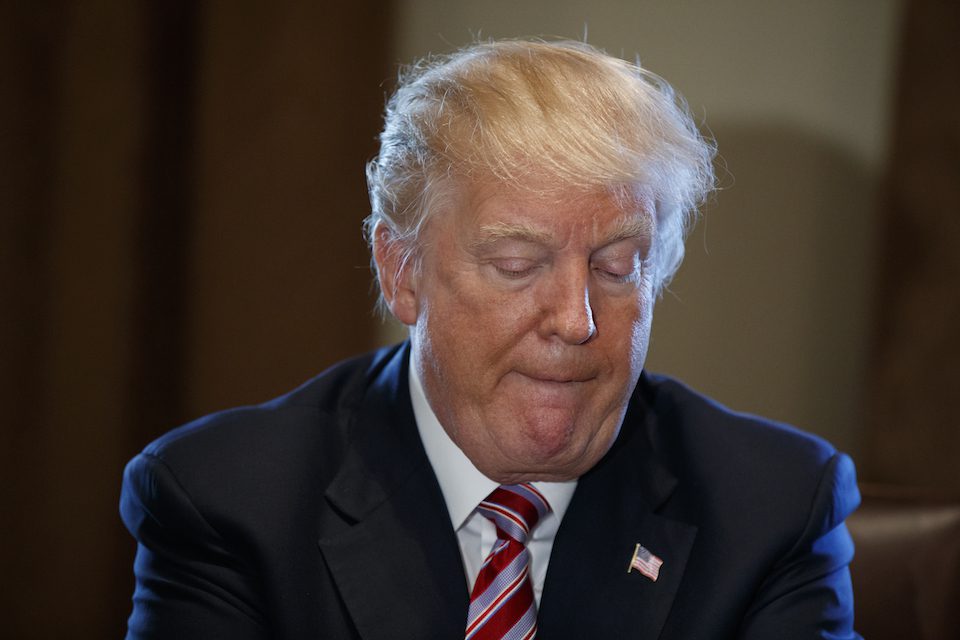 A white paper suggesting a number of gun regulations be rolled back was secretly informed by a lobbyist for the National Rifle Association.

The Associate Deputy Director of the Bureau of Alcohol, Tobacco, and Firearms (ATF) — who was previously rumored to be on Trump's list to head the agency — sought input and feedback from a lobbyist for the National Rifle Association on a white paper suggesting major rollbacks to current gun safety regulations.

The paper "calls for removing restrictions on the sale of gun silencers; allowing gun dealers to have more guns used in crimes traced to their stores before the federal government requires additional information from the dealer; and initiating a study on lifting the ban on imported assault weapons," the Post noted at the time.

But what wasn't known then was that Turk had personally reached out to Mark Barnes, a lawyer who has lobbied for the NRA as well as gun manufacturers and gun show trade groups, to ask for help crafting the language and to essentially request approval of the proposals therein.

As CNN reported Tuesday, it was only thanks to the efforts of the Brady Center to Prevent Gun Violence that this disturbing information ever came to light.

After the Post's story on the white paper ran in February 2017, the Brady Center filed a Freedom of Information Act (FOIA) public records request to obtain earlier drafts of the white paper. The ATF stonewalled for months, and the Brady Center sued the agency in October 2017. In December, a federal judge ordered the ATF to comply with the request, which it finally did in January 2018.

And the previously unseen drafts revealed the troubling influence the NRA lobbyist had over Turk's paper.

"I was surprised to see that the draft document had been emailed out to a gun industry lawyer and the final product took his suggestions as edits — without any disclosure of that until we went to court to get these documents," Avery W. Gardiner, co-president of the Brady Center, told CNN.

"If I am missing the mark on a major issue or disregarding a major discussion point any feedback you have would be appreciated," Turk wrote to Barnes days before publishing the paper.

Meaning, as Gardiner put it, "There was a secret white paper that was partially written by the gun lobby."

And the initial draft of the paper, dated Nov. 16, 2016, was even more chilling. It was titled "Guns in America -- Options for a New Administration: Secure 2nd Amendments (sic) Rights, support for the firearms industry and the Violent Gun Crime Fight," and specifically cited the incoming Trump White House as its audience.

"This paper serves to provide the new President and his administration multiple options regarding the regulation of firearms," the early draft read.

And the documents that the Brady Center obtained show just how heavy a hand Barnes had in crafting these dangerous ideas and proposed policy changes.

Though Barnes insisted to CNN that there was nothing "unusual" about his involvement.

"We didn’t craft anything. We just gave the bureau comments," he said.

Except a lobbyist for organizations and corporations that contribute to the increasingly deadly gun culture in the United States giving "comments" on gun-related policies is not as anodyne as he might wish to insist.

Especially when those comments are given to an administration that has made it painfully clear whose side it is on in this epidemic.