Home National Half of all the lobbyists in Washington worked to shape GOP tax...
Support progressive journalism.
Donate today 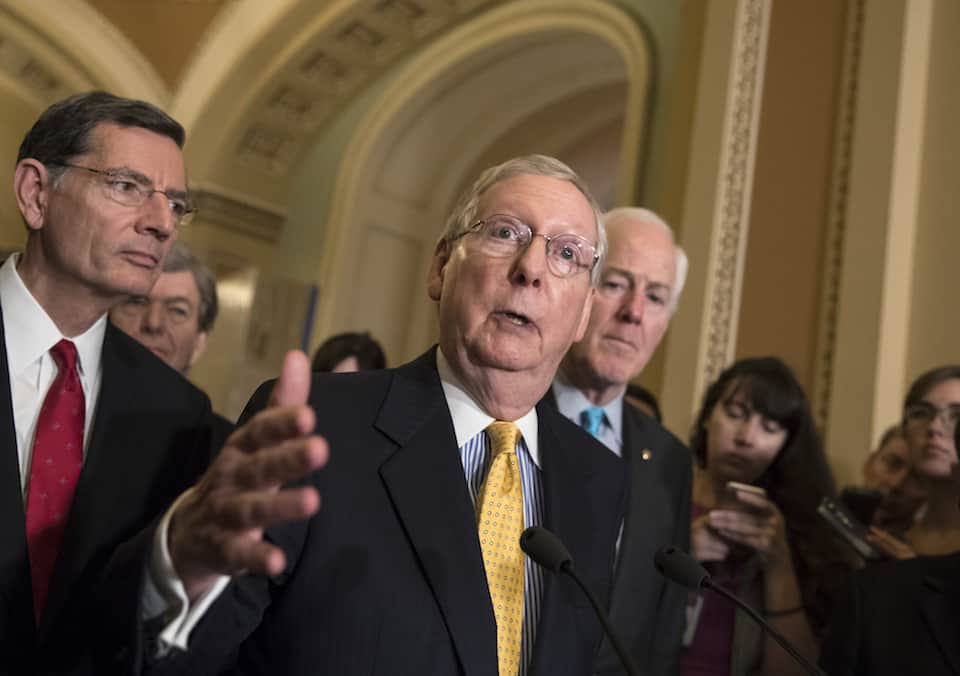 Over 6,000 lobbyists — more than half of all registered lobbyists in the nation's capitol — had a say in the GOP's tax scam bill.

Republicans gave high-priced lobbyists more access to their tax scam bill than they deigned to give duly elected Democratic senators.

In fact, Senate Democrats received more information about the final details of the bill from those lobbyists than from their Republican colleagues.

But just how much sway did unelected lobbyists have over Republican lawmakers? Quite a lot, it seems.

According to a new analysis by government watchdog group Public Citizen, "6,243 lobbyists have been listed on lobbying disclosure forms as working on issues involving the word 'tax' through the first three quarters of 2017."

That is 57 percent of all registered lobbyists in Washington, D.C. — more than 11 lobbyists for each elected member of Congress.

Further, 31 of the lobbyists identified by Public Citizen have direct connections to either Donald Trump or Mike Pence.

"The mind-boggling number of lobbyists corporate America has hired to reshape the tax code is of almost biblical proportions and undoubtedly cost a fortune," said Lisa Gilbert, Public Citizen’s vice president of legislative affairs. "But the rate reductions and other favors in the legislation will exact a far greater price on regular Americans."

Gilbert is referring to the tax hike that many Americans will see, since corporate lobbyists managed to get breaks for giant corporations and their wealthy CEOs.

"What they have here is a big tax cut for the rich paid for with random increases in taxes for various constituencies," Bartlett said. "It’s ridiculous. And it’s telling that they are ramming this through without any debate. All of the empirical evidence goes against the tax cut."

The best evidence available shows that the tax scam will likely increase the deficit by more than $1 trillion, with the overwhelming benefits going to the top 1 percent, while poor and middle-class Americans will see their taxes increase.

And this analysis was done before illegible notes scribbled in the margins were added to the bill mere hours before the Senate was to hold the vote.

In contrast, "the full Senate debated the health care bill for 25 straight days before passing it on Dec. 24, 2009," when Democrats were in the majority. That was in addition to more than 20 days of hearings in multiple committees of jurisdiction.

West Virginia Sen. Joe Manchin, one of the most conservative Democrats in the Senate, lamented that even his voice was shut out. "I don't think there is a person more bipartisan than I am," Manchin said. "I've done everything I can. As I see it tonight, this has been designed to have not even one Democrat on the bill and I want to be on it. I want to be part of a reform for the first time in 30 years."

Manchin joined all of his Democratic colleagues in voting against the bill.

The Trump-controlled Republican Party is not clearly interested in a functioning democracy where the voices of all Americans can be heard. Rather, paid lobbyists are allowed to secretly make changes to a major piece of legislation while Democrats have no time to even read the bill, let alone contribute to it, before being forced to vote on it.

Trump is breaking the norms of a functioning democracy, and the Republican leadership is complicit.