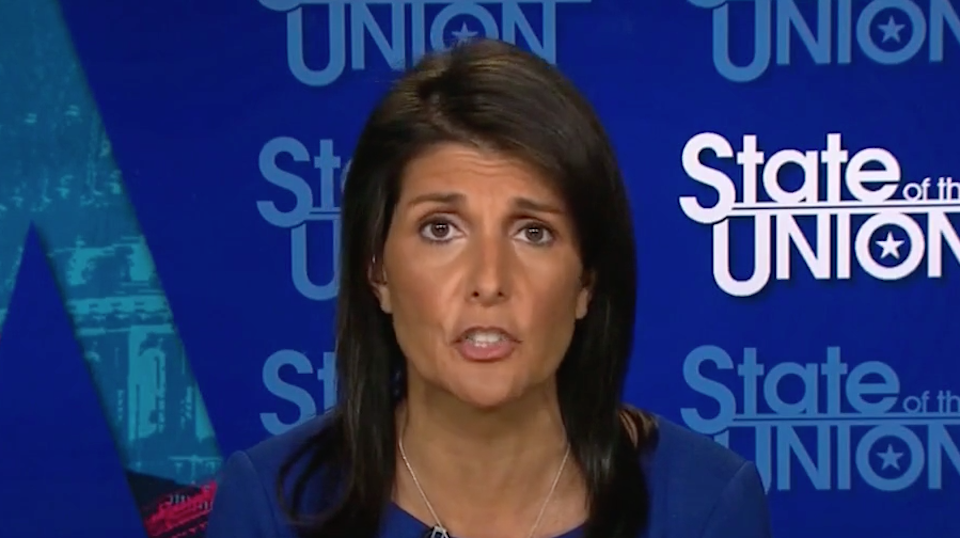 Perhaps Donald Trump is too "emotional" to be president.

In an interview on CNN's "State of the Union" Sunday morning, United Nations Ambassador Nikki Haley defended Donald Trump's reckless tweeting about the subway bombing in London, saying it was a result of the president's emotions.

Just after the bombing on Friday, Trump tweeted that the suspected terrorists “were in the sights of Scotland Yard,” which many observers interpreted as criticism of London's law enforcement agency for letting the suspects slip through the cracks. Others pointed out that Trump was either leaking confidential information — or simply making it up.

Current and former UK officials were outraged by the the ill-advised remarks. Even British Prime Minister Theresa May weighed in on Trump's tweet, saying, “I never think it’s helpful for anybody to speculate on what is an ongoing investigation."

When CNN's Dana Bash asked Haley about the tweet on Sunday, the U.N. ambassador claimed that Trump didn't mean any harm by the tweet, but that sometimes "he gets emotional."

BASH: Do you wish that the president was more careful in suggesting information about the investigation that is ongoing? Obviously, the British prime minister wished he were.

HALEY: Well, look. The president would not want to do any harm to the investigation. Let's be clear. So if he goes out and he gets emotional and passionate about the fact that he's upset about what happened in the UK, I mean, of course. That's what he put out there. But there was no ill intent with that. I think it was just the fact that he was very concerned and very disturbed that these terrorist attacks keep happening in Great Britain.

If Trump can't stop himself from getting so emotional, perhaps he should lay off the tweets before he causes another international scandal.