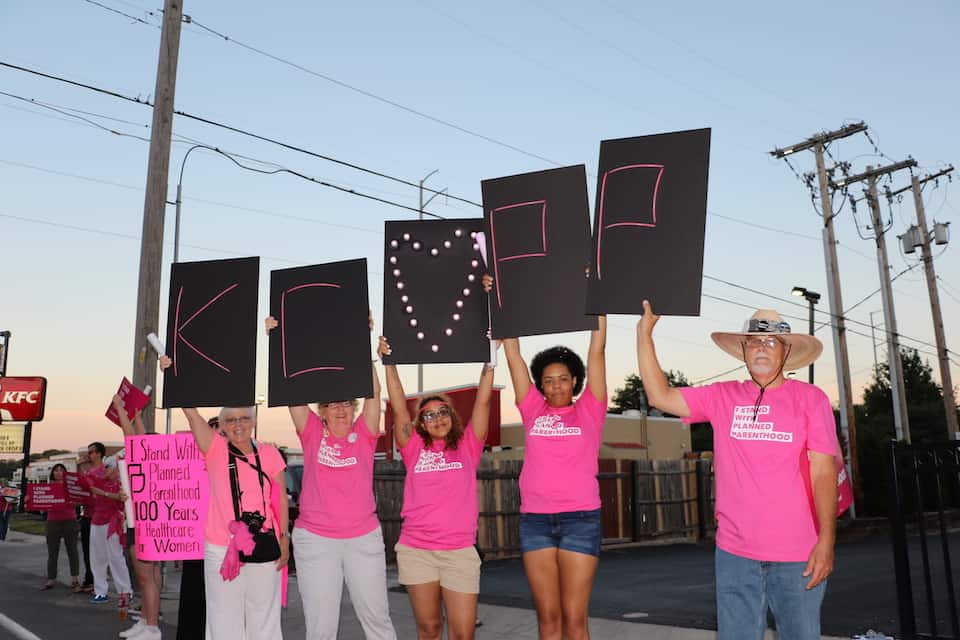 Planned Parenthood
Get The American Independent in your inbox

The Missouri House is aiming to drastically restrict reproductive rights, including enshrining into law discrimination against people who use contraceptives or have had an abortion.

Reproductive rights in Missouri are set to take a huge leap backward, if the conservative House in that state has its way.

During a special session called by Republican Gov. Eric Greitens, the House passed a stunningly regressive bill that would allow employers and landlords to discriminate against women who have used birth control, had an abortion, or — in a bizarre catch-22 — are pregnant.

The bill actually seeks to undo an existing ordinance in the city of St. Louis that banned such discrimination.

It also includes draconian new regulations on abortion clinics, such as "banning abortion clinic staffers from requesting that ambulances responding to medical emergencies at their facilities avoid using sirens or flashing lights" — something clinics may do to avoid attracting attention from anti-abortion extremists who would use such a sight to push falsified, gratuitous stories that further their agenda.

The bill is a harsher version of one the Missouri Senate passed days prior, which Planned Parenthood Advocates in Missouri called out for its "medically unnecessary restrictions" on abortion.

Incidentally, prior to his run for governor in 2015, Greitens was a lifelong Democrat. But he left the party in part because "most Democrats seem to think more money and bigger government are the solutions to virtually every single problem." Greitens says he believes in "limited but effective government."

It is curious to view the concept of putting people's most private, intimate decisions about their bodies up for discussion and assessment by their bosses or landlords as "limited" governance.

And as Missouri Democrats point out, if this bill were to make it to the governor's desk and become law, that would not be the end of the story.

Just two months ago, a federal judge struck down two Missouri state laws that sought to prevent clinics, other than Planned Parenthood, from performing abortions.

Rep. Stacey Newman declared, "The same thing will happen with this bill," noting that it would likely go "straight to litigation."

And reproductive justice activists in Missouri made their voices of dissent against the House bill loud and clear, joining the nationwide "Pink Out the Night" rallies in support of Planned Parenthood clinics, staffers, and patients.

The Republican-led Missouri government will surely keep going back to the anti-abortion well, finding new and even more repugnant ways to shame and punish women for their personal health care choices.

But the courts and the people will be there to push back on these assaults on freedom.