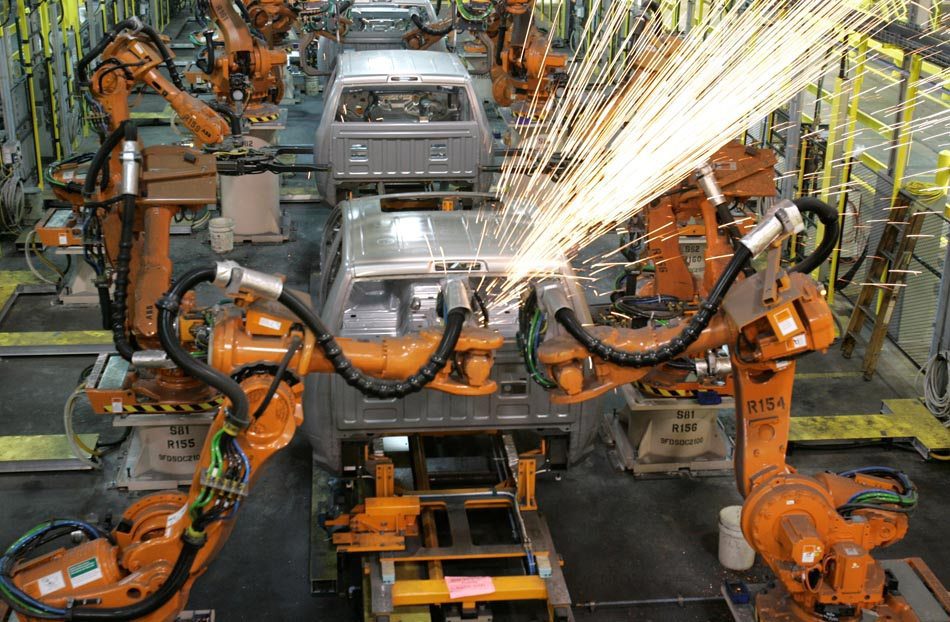 (AP Photo/Carlos Osorio,file)
Get The American Independent in your inbox

President-elect Donald Trump appealed to alienated Rust Belt workers by promising to "bring back jobs" and decimate trade agreements he blames for manufacturing job losses. But he was peddling a dangerous lie: Most of the manufacturing jobs that have been lost were not shipped overseas; they were casualties of automation. And Trump's protectionism will not save U.S. workers from that.

Much has been written attributing Donald Trump's Electoral College victory to his resonating appeal to white working class voters. His win is accurately owed to a confluence of factors, but insofar as his outreach to disaffected Rust Belt voters was a contributing element, he won many of their votes by a colossal hoodwinking.

Their suffering is real: Rust belt states like Pennsylvania, Ohio, and Michigan have seen 50-60% declines in the manufacturing job market since the 1970s.

But Trump's proposals are unreal: He promised solutions that rested on the dual boogeymen of sending jobs overseas and global trade deals. Unfortunately for voters who supported him on this basis, most of the lost jobs did not go overseas — they disappeared altogether.

Automation is the job-killing monster whose name must not be spoken. Or, at least, was not spoken by Trump during this campaign. (We will come back to that.) Instead, Trump has promised to tackle the problem of job losses with policies he asserts, wrongly, will bring jobs back to America.

He has proposed imposing a 15 percent tax on every job outsourced and a 20 percent tax on goods imported from overseas to “end outsourcing.” He has said he will kill NAFTA and TPP or, at the very least, renegotiate them, while concealing that there is some debate over how much job loss, if any, can be attributed to trade deals.

Trump has particularly focused on NAFTA and claimed that it has been “disastrous” for the American economy. Most expert economists do not agree.

The facts are these: There was an increase in outsourcing following the passage of NAFTA, but those years were accompanied by generally higher employment rates and wages. The U.S. lost 350,000-700,000 manufacturing jobs due to NAFTA, but gained 5 million jobs over that same time period in other sectors. NAFTA also reduced the price of imported goods and increased buying choices for the consumer.

Crucially, NAFTA’s effect on the number of jobs, both gained and lost, is very small in the grand scope of the American economy. It has also been erroneously credited for changes in the employment landscape that are in actuality the responsibility of Republican-championed union-busting, the erosion of workers' rights, and resistance to livable wage legislation.

What is very clear is that ending NAFTA now would have dire consequences. Trump has threatened to impose a tariff of 35 percent on Mexican goods to in part end outsourcing. Currently, the U.S. has decades of supply chains with Mexico that would suddenly be threatened, such as parts for GM vehicles, IBM electronics, and many food items. Likewise, Mexico may impose a tax on goods imported from the U.S. in response, which would be a disaster, as Mexico is our 3rd largest trading partner and many jobs depend on continued trade with Mexico.

The Peterson Institute for International Economics estimates that if Trump’s economic policies cause a full trade war, we could lose 5 million jobs over the course of four years, potentially spiking our unemployment rate to 8.6 percent.

The fact is that Trump's proposals to "bring jobs back" would not merely fail to deliver on his promises. They would actually worsen the problems he has vowed to address.

It is easy to understand why so many voters bought Trump's dishonest promises: Outsourcing has been blamed for the disappearance of manufacturing jobs by many politicians for many years. And people who have seen their jobs disappear watched as companies cut their workforce by 2.9 million jobs and increased their overseas workforce by 2.4 million jobs. It is hard to look at those numbers and not draw a 1-to-1 comparison, blaming outsourcing for the plight of the Rust Belt.

However, America’s manufacturing output is not in decline. To the contrary, it has grown by 17.6 percent since 2006. Efficiency has also increased: The output per worker has doubled since the 1990s.

In fact, if we needed the same number of workers today to produce at the same rate as the 1990s, we would have 20.9 million workers. Instead, we have 12.1 million doing the same amount of work. Nine million workers are no longer needed due to our efficiency. Suddenly, the real reason manufacturing jobs have disappeared becomes clear.

Which brings us back to automation.

Over the next four years, robots are expected to continue to render jobs superfluous — 7 million jobs will be lost and 2 million will be gained in the latest projections. Most of those 2 million jobs will not be filled by the same people who lost the other jobs, as the skills required to create and upkeep robots differ dramatically from the skills that the robots replace.

These numbers are completely independent from outsourcing and are clearly a much more significant problem for unemployment. Taking into account the jobs we have already lost from automation, that is 16 million jobs that are no longer required, or roughly 8 times the number of jobs lost to outsourcing.

And here is where Trump's misdirection on the source of job losses becomes so deeply troubling.

Protectionism does not inoculate against automation. Trump can prevent jobs from leaving the country (at a high cost), but he cannot turn back the clock to a time where a factory sustained hundreds or thousands of employees to manufacture goods now manufactured instead by automated processes.

Both are competitive business decisions, and Trump's proposals to levy fines for outsourcing will tilt factories towards automation, thus hastening the job losses due to robotics.

The facts are clear. And yet Trump persists in making promises regarding jobs that he cannot possibly keep, because most of the jobs he is vowing to restore did not go away overseas; they went away altogether.

Every time he told voters that he would "bring jobs back to America," he was telling a lie. And he told that lie because unemployment resulting from redundancy due to automation is a much more difficult problem to solve.

There are solutions to the issue of automation, but they are not likely to be solutions Trump and his Republican colleagues embrace.

Support for affordable and accessible college education and trade schools will be required to train the workforce to take care of the automated processes that are gaining in all sectors, not just manufacturing. Relief for college debt and a robustly funded social safety net to support workers whose jobs are rendered irrelevant due to automation are also critical.

And probably the single most progressive solution to taking care of a society whose jobs are being replaced by automation is a universal basic income, which acknowledges the abruptly shifting realities of an increasingly automated labor force.

Reality, however, has regrettably not been centered in these conversations. But one unavoidable reality is that this problem is not going away. Trump raising the specter of outsourcing is both dishonest and ineffective, doing nothing to address the true crisis faced by Americans whose jobs have become irrelevant.