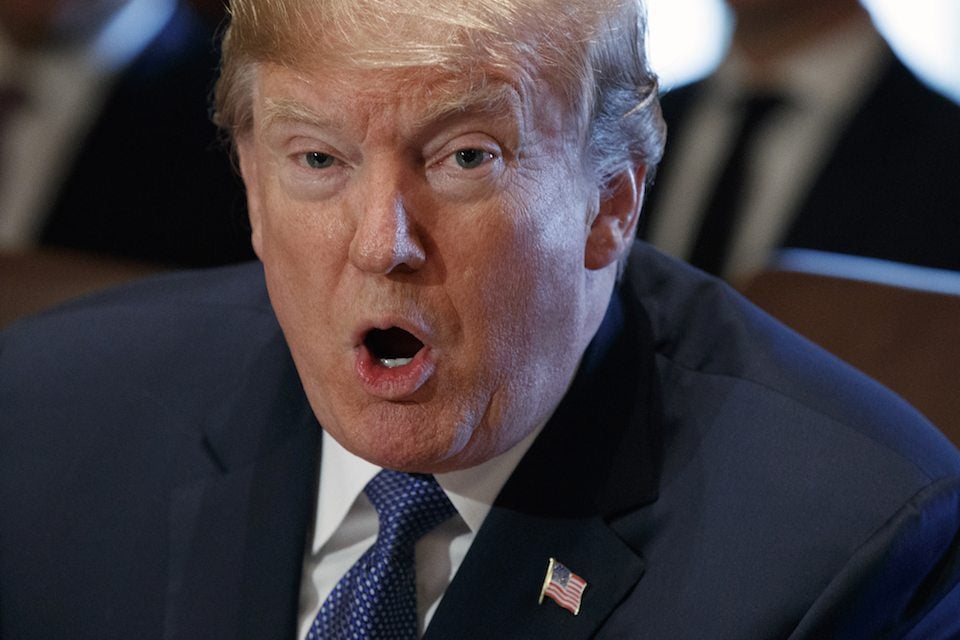 Pathological liars like Trump can't stop, even when they're answering questions under oath. That's why his attorneys are freaking out.

Donald Trump's attorneys face a major, looming problem as 2018 unfolds and special counsel Robert Mueller is angling for a sit-down to grill him on the Russia investigation.

The conundrum is there's little chance Trump will be able to avoid the in-person questioning, despite hopes from his nervous attorneys that Trump could essentially mail his answers in. (That's not going to happen.)

Faced with the certainty that Trump will have to answer hours of questions from federal prosecutors, his attorneys are struggling with the fact that their client is a pathological liar. And if he lies during his interview, Trump could certainly face legal peril.

And if you think Trump wouldn't be reckless enough to lie to FBI-level prosecutors knowing that would constitute a crime, think again.

Trump already has a long history of lying under oath. In fact, during a two-day deposition in 2007, Dec. 19 and 20, Trump was caught spewing falsehoods 30 separate times.

If he does that while sitting across from Mueller's investigators, Trump would likely face multiple indictments.

Remember, Trump's former campaign adviser George Papadopoulos has already pleaded guilty to lying to Mueller's investigators when he was questioned as part of the Russia investigation.

Back in 2007, Trump sued journalist Tim O'Brien for claiming he wasn't really worth as much as he publicly insisted. (O'Brien was correct.) As part of the lawsuit, O'Brien's attorneys spent two days grilling Trump, establishing the fact that he's not an honest man and his statements should not be believed.

Trump had misstated sales at his condo buildings. Inflated the price of membership at one of his golf clubs. Overstated the depth of his past debts and the number of his employees.

That deposition  170 transcribed pages  offers extraordinary insights into Trumps relationship with the truth. Trumps falsehoods were unstrategic  needless, highly specific, easy to disprove. When caught, Trump sometimes blamed others for the error or explained that the untrue thing really was true, in his mind, because he saw the situation more positively than others did.

Meanwhile, there's no indication Trump has let up in recent years in terms of lying under oath.

Pathological liars like Trump can't turn the truth on and off; it's always in the off position. And that's why his attorneys are sweating Trump's looming encounter with Mueller.