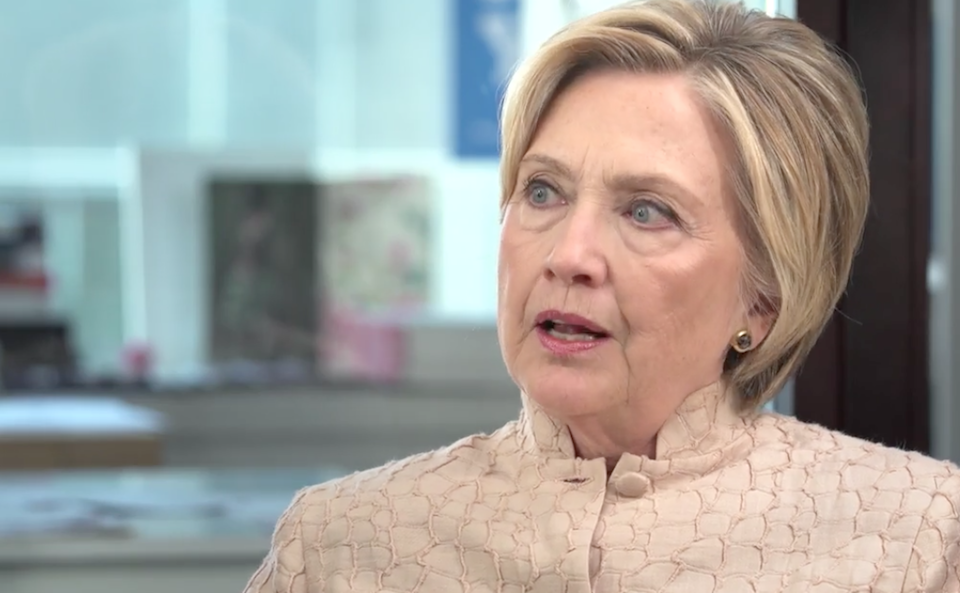 Refinery29
Get The American Independent in your inbox

Hillary Clinton called out Ivanka Trump for her ongoing role in enabling Donald Trump's racism, sexism, and overall degradation of the country.

In an interview with Refinery29, Clinton was asked if she believes that Ivanka is "complicit" in the Trump administration's actions, particularly since she has been promoted by figures close to Donald Trump as a supposedly moderating influence — though there is no evidence of that.

Clinton noted that since taking office, Donald Trump has made "common cause with white supremacists and neo-Nazis and Ku Klux Klanners" as part of an attempt to "turn the clock back" on America, and that "everyone associated with him" is "either on board with that, or they’re not."

If they're not on board with Trump's racism, Clinton said, "they need to be speaking out or leaving."

She added, "If they remain silent and just give lip service to contrary points of views, then they are part of his agenda and should be judged and held accountable for that."

DAVIS: So, Ivanka Trump. She's started to champion a lot of the same issues that you did, she even wore a white pantsuit to inauguration, but she's kind of failed to live up to a lot the things that she said that she would. Do you feel that she's complicit in the administration's actions? And should we be sympatheic for her?

CLINTON: The way I look at it is that the person who has to be held responsible is Donald Trump. He is the president, he listens to who he listens to, he tweets and speaks out, makes common cause with white supremacists, and neo-Nazis and Ku Klux Klanners, takes away the protections that were granted to 800,000 DREAMers, and in so many ways just trying to impose a political agenda that is turning the clock back, or attempting to do so in ways that I find not only really repulsive, but wrongheaded in terms of the kind of country we are.

So everyone associated with him, they're either on board with that, or they're not.

CLINTON: And if they're not they need to be speaking out or leaving. But if they remain silent, and just give lip service to contrary points of views, then they are part of his agenda and should be judged and held accountable for that.

As part of Donald Trump's team of senior advisers, Ivanka has been a profile in cowardice. She kept quiet not only while her father called anti-Semites "some very fine people," but also held her tongue as he left the Paris Climate accords, and while he made sexist attacks against a reporter.

She was more than happy to appear with him to push for tax cuts, which she and her husband would benefit from, and has taken the lead in her father's effort to sabotage attempts to end the gender pay gap.

Early in the administration, "Saturday Night Live" parodied the giant gap between Ivanka rhetoric and the reality of her complicity in her father's hatemongering.

As Clinton emphasizes, we are all now seeing the destructive path Ivanka Trump has willfully chosen to take.