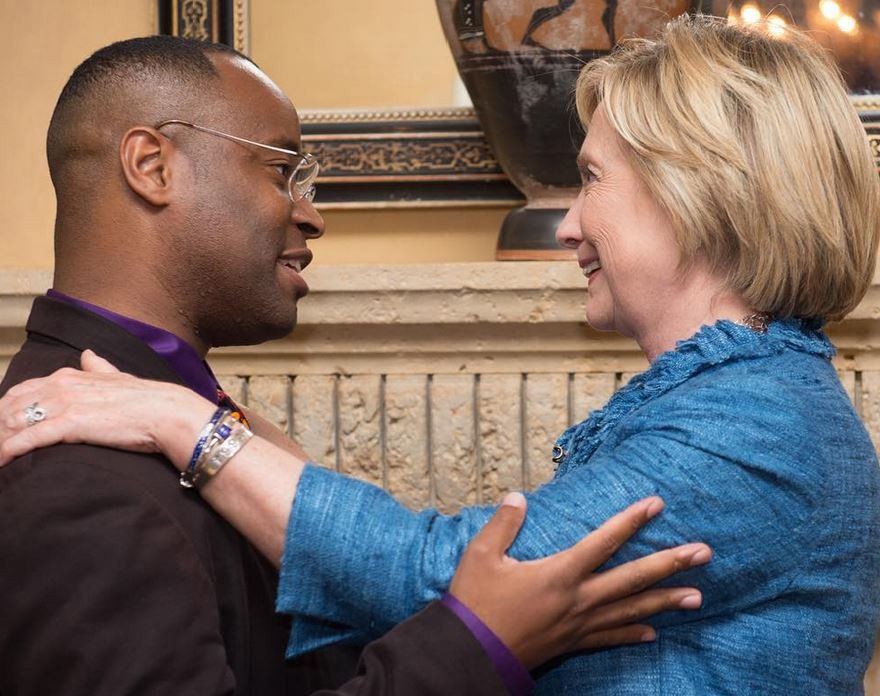 With her popular vote margin increasing by the day (and now exceeding a million votes), Hillary Clinton has been dubbed "The people's president" by Children's Defense Fund founder Marian Wright Edelman.

The brutal assault on Hillary Clinton’s integrity is the reason she is not our next president. That assault was carried out by the national political press, elite establishment pundits, Trump and his GOP cohorts, the rightwing media machine (funded by shadowy conservative moneymen), and some elements on the left, specifically during the Democratic primaries. Their collective attacks damaged her public image badly enough that she was unable to get across the finish line.

Everything else you read about what happened in 2016 is incorrect if it misses this central fact.

The right side of this chart tells the full story: Hillary worked tirelessly and faced a ferocious assault on her integrity with dignity and grace. Even though the Electoral College slipped out of her grasp, she won the popular vote by a substantial margin, cementing her influence and validating her values. Those values are shared by more than 62 million Americans.

Marian Wright Edelman, who has known Hillary for decades, introduced her at a Children's Defense Fund ceremony, dubbing her "The people's president."

.@HillaryClinton: "Don't lose heart. Don't give up on the values we share." pic.twitter.com/RSL09JyXmk