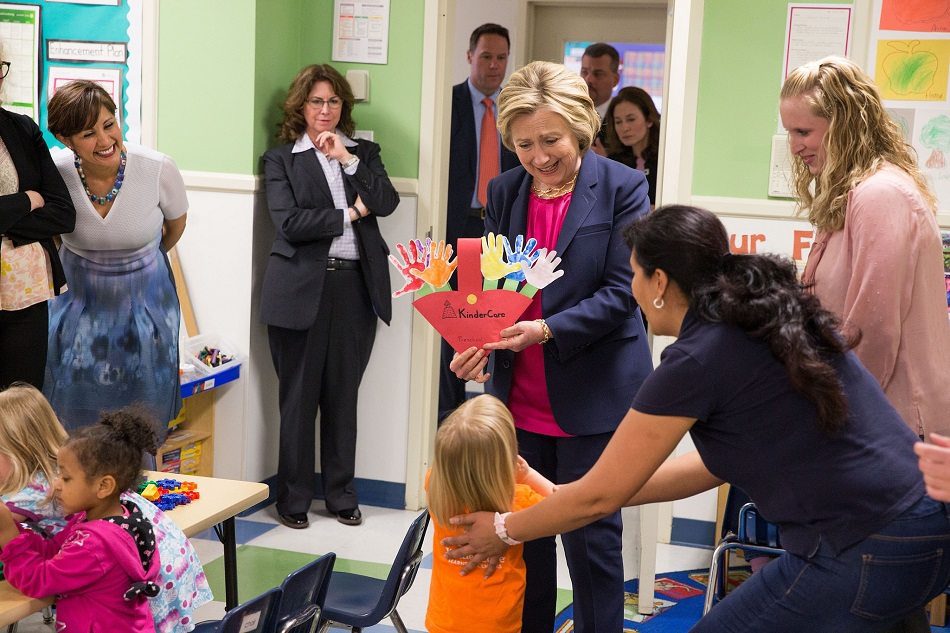 Hillary Clinton has devoted her life to improving the lives of children and helping them succeed and thrive. Now, she has put forth a new initiative to help end bullying in schools and to support children, parents, and educators in their efforts to heal divisions and bolster community.

Hillary Clinton has announced a major new initiative to help confront bullying in schools across the country. The plan, Better Than Bullying, provides $500 million in funding for states that work to develop comprehensive anti-bullying plans and procedures.

This initiative is complemented by Clinton's other plans to improve the lives of all Americans, including ending the school-to-prison pipeline, fighting for LGBTQ equality, and supporting people with mental health disorders.

States will be encouraged to craft their own anti-bullying policies which best fit their communities and honor the national priorities in this fight, including:

This is a vital issue on which to focus — the problem of bullying in our schools has, in recent years, grown not only larger but also more complex and thorny with the rise of social media. The nation is becoming more and more diverse in many ways, and young people need to feel safe and accepted in school and society, no matter who they are. Children of color, young girls, LGBTQ kids, Muslim and Jewish children, children with disabilities — and those who inhabit more than one of these and other identities — experience bullying far too often in class and on the playground.

And also, sadly, in the political arena, as this moving new Clinton campaign ad shows:

My motor skills aren't very good. Brushing my teeth, putting my shoes on — my hands just start hurting like crazy.

My name is Bryce and I have muscular dystrophy. When I was younger, I was bullied, but now I have a strong community around me.

Then I saw Donald Trump make fun of a journalist. His entire platform is hatred. I don't want bullies in my life, and I especially don't want one in the White House.

While Clinton has devoted her life to helping and supporting children, to improving their lives, to protecting their health and well-being, Donald Trump has offered nothing but crude mockery.

We all know that bullying is a real problem in our classrooms, our playgrounds, and online — and teachers have reported that this election has made it worse. I want you to know, we’re going to launch a major new effort to help states and communities and schools and families end bullying wherever it takes place... I can’t think of anything more important than making sure every single one of our children knows that they are loved just as they are. So ultimately, my friends, as Michelle reminds us, this election is about our kids — and in my case, my grandkids. Their lives and their futures, nothing is more important to me than that. I’ve been fighting for kids throughout my career. I will fight for them every single day of my Presidency.

Clinton knows that America is great because of our goodness, and that respecting each other's identities and lifting each other up is the way a great country and good people behave. This initiative will help to ensure that kind of world for all children.