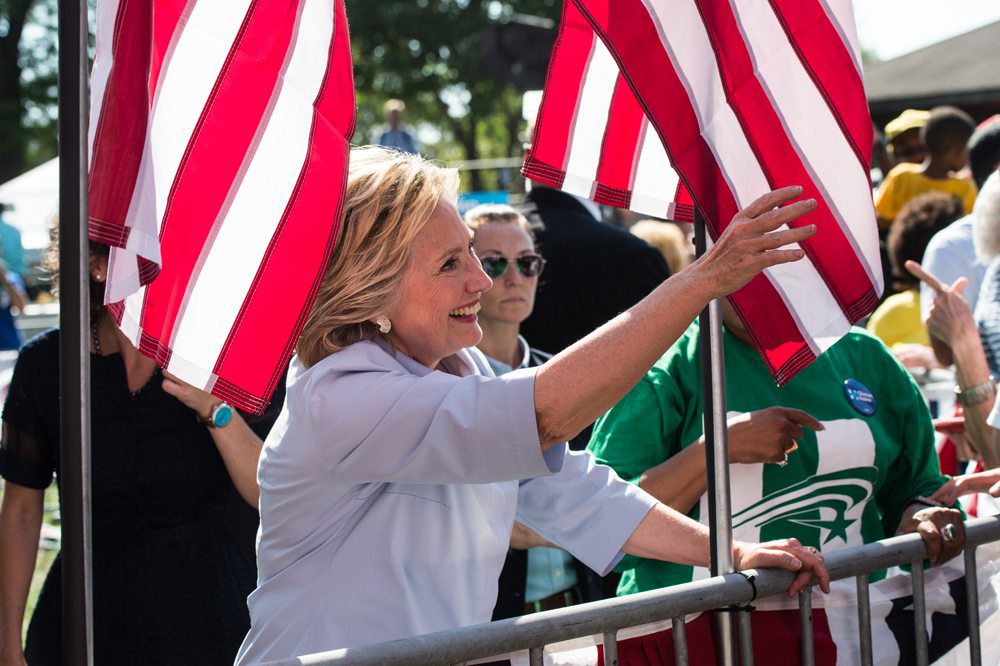 Hillary Clinton is featured on the popular Facebook page Humans of New York, telling an intense and moving story about being a young female pre-law student in the 1960s. It's her story of being a woman in a world that isn't particularly welcoming to ambitious women.

Clinton's story will be familiar to many women, maybe especially (although certainly not exclusively) women of a certain age. The precise details may be different—the setting; the nature of the harassment—but the feeling, that creeping urge of guardedness as a mechanism of self-protection, reverberates through our very cells. A familiar tune, played in a different key.

Even women who lead private professional lives are subjected to intense public scrutiny from men: Strangers barking at us to smile, commenting on our bodies in complimentary or critical ways, offering unsolicited advice about what we should eat, or shouldn't eat, or should be doing, or shouldn't. To be a woman is to be a public object.

And to be an ambitious women is to be a threat. To be seen, by many men, as taking up space where a man should be. A man who is more deserving, merely by virtue of his manhood.

A woman who aspires to be manager at her fast-food job can run up against exactly these sort of resentments, as can a woman who petitions for an executive position at a Fortune 500 firm. These might be the same woman, at different points in her life—just like a college student taking an admissions exam and a woman who has just made history as the first female presidential nominee of a major party.

Women who want more for themselves hear in many ways that they shouldn't. Some of those ways can be frightening.

And often there is little support. Often, it is not the men who harass and intimidate her whose behavior is frowned upon, but hers: Stop making yourself a target. Don't be so vulnerable. You can't let them see that they're getting to you. Just ignore them.

The same advice routinely given to women who are relentlessly harassed on social media.

I’ve now spent more than a decade writing professionally and publicly on progressive feminist issues, which has put me at the blunt end of some brutal abuse—a sliver of what Clinton has endured. And having been subjected to this sort of destructive instinct at such intense levels, I have found myself slowly but surely closing off parts of myself from public view; closing off access. It has happened so incrementally that I don’t really see the scope of it until I remember what it was like, what I was like, when I began.

Clinton has been doing this on an exponentially more visible scale for a much longer time. There are certainly parts of her she does not submit for public consumption any longer; parts of her which are only observable in their full vibrancy to those closest to her. The rest of us get the outlines. Which is maybe all she can personally afford to allow, anymore.

Which should make us very angry indeed—that the cost of being an extraordinary woman who has spent her life in public service is building walls around herself just to survive.

On the campaign trail, Clinton speaks passionately about breaking down barriers "that stand in the way of Americans fulfilling their potential, because I don't think our country can live up to its potential unless we give a chance to every single American to live up to theirs."

These are not mere words to Hillary Clinton, because she is a human—a woman—who understands the barriers of oppression. Someone who knows what it means to be obliged by oppression to construct barriers around yourself that may conceal your very humanity.

At least to those who only search for it with the objective of penetrating its vulnerability.

Clinton's humanity is apparent to me. It looks very much like my own. And I am grateful to her for telling this story, for peeking over her own wall and encouraging us to peek back.