Home National Hillary Clinton's new ad about children is why she should be president
Support progressive journalism.
Donate today 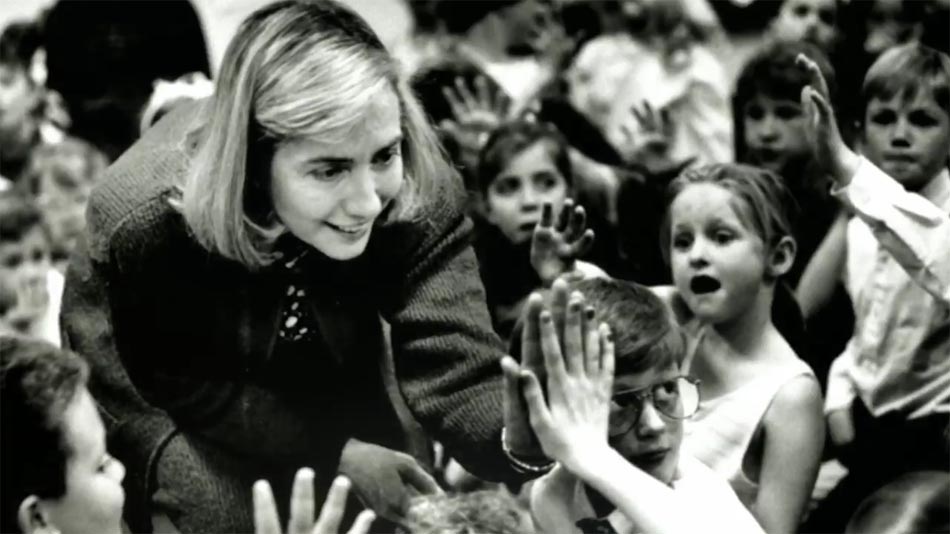 Hillary Clinton's campaign has produced a compelling ad about how elections, and the political leaders we choose in them, have important ramifications for children.

Our children are watching to see what kind of example we set for them. pic.twitter.com/rAzUyjWsAq

"Our children," says Morgan Freeman, narrating the video. "They look up to us — what we value, how we treat others. And now they're looking to see what kind of leaders we choose; who we'll entrust our country and their future to."

How national leaders view children is, inevitably, indicative of how they view the nation's future.

Clinton's history of interacting with children includes dancing with a little girl named after her and telling a little girl with parents who are undocumented immigrants to let her do the worrying.

Trump's history of interacting with children includes kicking a crying baby out of his rally and saying that he'll be dating a little girl in ten years.

These are snapshots — but they are important and revealing ones. One of the contenders for the presidency sees children, sees the future of the country, as people deserving of respect and nurturing. The other sees them as annoyances, or adults-in-waiting for him to exploit.