Home National Hillary Clinton's voters are proudly etching their names into history
Progressive journalism is under attack. Please help us fight back!
DONATE 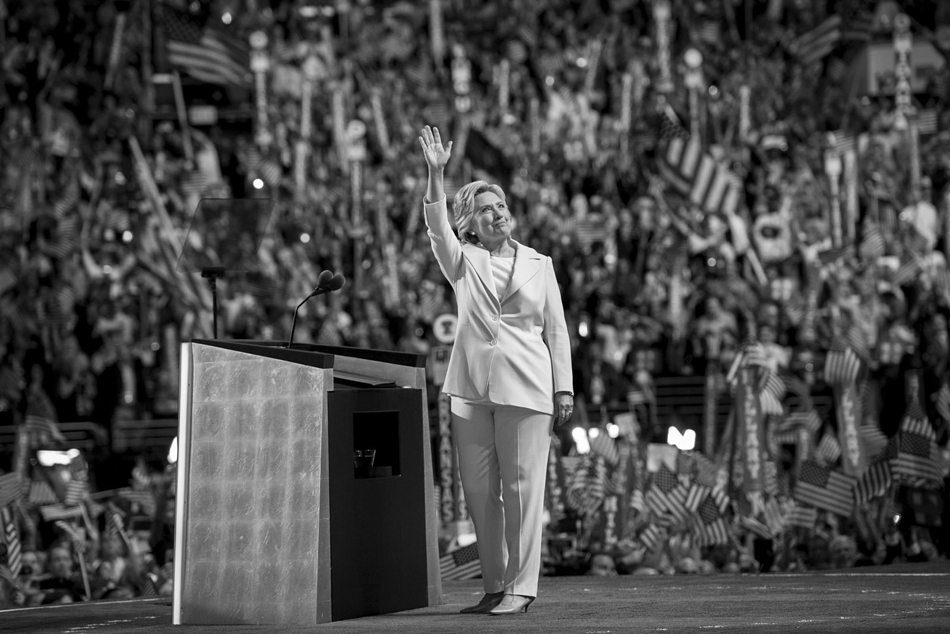 The historic nature of Hillary Clinton's candidacy has been, incredibly, not a centerpiece of the 2016 election. Her supporters have been treated with complete disdain and she has been subjected to a withering double standard. But that has not deterred Clinton or her enthusiastic voters from etching their names into the history books.

Hillary Clinton has made history already. By becoming the first female nominee of a major party, she forever changed American politics.

It is an achievement so momentous, I can barely put into words its significance. I still cannot even talk about it without tears spilling from my eyes.

And yet: The historic nature of her candidacy is treated as though it is barely remarkable. A footnote. An aside. Expected.

Which, in some ways, makes me quite angry. But then there is this: The fact that Clinton made shattering a 227-year-old glass ceiling look inevitable is testament to how thoroughly she has changed the landscape.

She has taken centuries of acrimonious exclusion, and rendered them a relic.

In the strangest way — and most expected, for students of women's history — Clinton being greeted as just another boring old candidate, by people who are not inclined to appreciate the seismic shift of her achievement, is the most pointed evidence of its profundity.

Oh her. Yeah, all she had to do was be extraordinary.

But whether we appreciate the enormous import of her historical candidacy — and the possibility of triumph ahead — each of us will making history, in the quiet privacy of a voting booth, as we cast our votes.

Every one of us will be doing something no one has done before, in the history of the nation: Voting for a woman who has a legitimate shot at the U.S. presidency.

For me, voting is about the closest thing there is to a sacrament in my secular little world. I am keenly aware of the history in which I would not have been allowed to cast a vote by virtue of my womanhood; and I am keenly aware of both past and present in which some of my fellow citizens are disenfranchised from voting.

Voting is intimately tied to history for me. To the nation's history, and to my own: I still remember the giddy elation, the feelings of awe and empowerment, I experienced as a child when a Schoolhouse Rock cartoon informed me that one day I would get to help elect the president.

I did not dare to imagine that, in my lifetime, I might get to cast votes for both the country's first Black president and, possibly, its first woman president.

But here I am. Standing on the precipice of history with Hillary Clinton.

And with millions of others, who are going to be part of history by casting a vote for her, too. Or who already have.

103 year-old Ruline just cast her early vote for Hillary: "I never thought I would vote for a woman." #WithHerFirst pic.twitter.com/WnfIxNNlDq

Each of us walks into a voting booth alone. Behind a little curtain, we make a choice. We fill in a circle, or pull a lever, or punch a card, or push a button. And then we are done.

It is a solitary task. But none of us decides an election on our own. We are part of a collective. Tens of millions of others, each completing the same solitary task on the same day. It is a unique thing, voting the way that we do. In solitude. Together.

I will be joyful casting my vote on Election Day. I will be thrilled to be among all of you doing the same. And I will celebrate being a part of this history.

I do not have an amazing story like Ruline's. I am just a reliable, middle-aged voter, who will be voting for a president for the seventh time in my life.

But my vote will be extraordinary, by virtue of the woman for whom it will be cast.