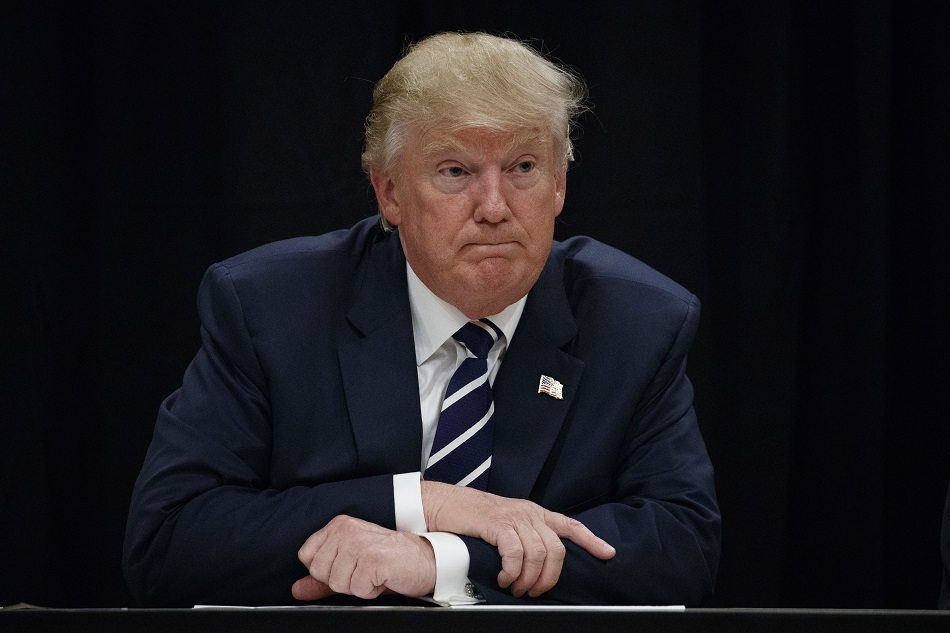 Trump has had plenty to say and tweet during his "working vacation," but he's yet to say a single word about an attack on a mosque in Minnesota.

Continuing a long pattern of refusing to publicly acknowledge hate crimes targeting Muslims in America, Donald Trump has yet to denounce the bombing of a Minnesota mosque on Saturday. Since the attack, Trump has tweeted approximately two dozen times, but no words of support for the Minnesota community.

Pressed about Trump’s silence, White House adviser Sebastian Gorka seemed to mock the question, telling MSNBC’s Stephanie Ruhle, “Hold your horses, count to 10, and the president will do what he deems fit.”

Traditionally, what Trump “deems fit” is to completely ignore acts of Islamophobic violence in America, while jumping to conclusions about alleged Islamic terrorism. Gorka himself has a long, disturbing history of pushing Islamophobic rhetoric as well.

Awkward silence in the wake of attacks that target Muslims or mosques is not unusual for Trump. “We are wondering why President Trump has not tweeted about this,” Asad Zaman, director of the Muslim American Society of Minnesota, told BuzzFeed News.

On the flip side, Trump’s often eager to jump into breaking stories and declare jihadist terrorists were to blame.

In June, he quickly announced a deadly gun rampage in Manila had been an “act of terror.” It was a half-baked claim that reportedly generated laughter among his top advisers. Indeed, the local police in the Philippines denied the terrorism claim, insisting the mass shooting had been tied to a casino robbery.

For the people of Minnesota, whose mosque was attacked on Saturday, however, Trump has nothing to say. At least, not any time soon.

GORKA: That's fine, and I'm sure the president will do that.

GORKA: I’m not going to give social media advice to a man who basically won the election in large part thanks to his understanding of social media, and to destroy the fake news industrial complex's predictions about who would win the last election. So just hold your horses, count to 10, and the president will do what he deems fit.