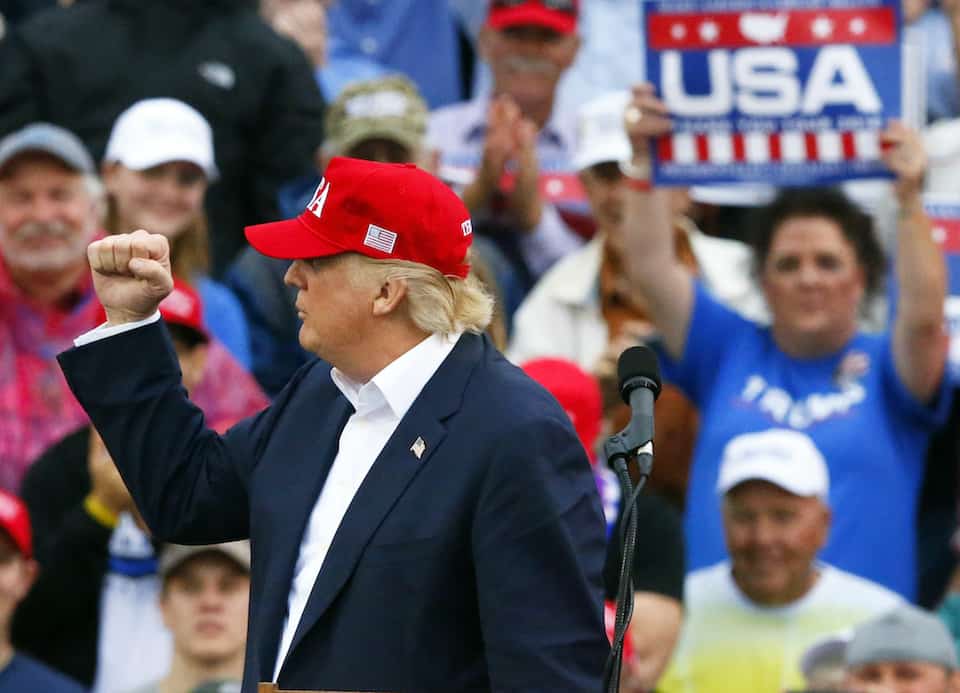 91-year-old Ilse Sakheim's parents were killed in Auschwitz. At a recent rally with public officials, she explained why she participates in the resistance: "I see too many parallels now with what happened in Germany."

At a community meeting in Sacramento, CA, 87-year-old Holocaust survivor Bernard Marks warned a Trump administration immigration official: "History is not on your side."

At a town hall meeting held by Senator Dianne Feinstein (D-CA), the son of a Holocaust survivor spoke powerfully about his family's survival of Nazi atrocities — and against the normalization of working with “fascists in the White House.”

Now, Ilse Sakheim, 91, is speaking out. At age 13, her parents sent her on a ship from Germany to England in 1939. They were later killed in Auschwitz. And this painful past has everything to do with why she is active in the resistance to Trump.

Sakheim is a member of Indivisible Gwynedd, a retirement community resistance group near Philadelphia.

She has been active in politics since the 1960s, when she and her husband attended the March on Washington where Martin Luther King, Jr. gave his "I Have a Dream" speech.

But today, as she shared with Philly.com., she sees troubling echoes of the horrors in Germany from which she fled:

"They lied about everything. They said they were going to make Germany great again, and that in 10 years we wouldn't recognize Germany.

"You sure didn't recognize it. It was in ashes," she said, as she waited for the rally to begin Saturday.

"All the preaching of hate. All the talk about immigrants. The untruths about corporations. Corporations made the gas that killed my parents.

"It means that I can't stay home. I have to protest. I have to try and help to change it," she said. "I can't give up at 91. It's up to everybody. I have to do it because my parents died, because my friends died. People went to jail. People were suffering. They are still suffering."

People like Sakheim know of what they speak. It is imperative to heed their warnings, and to follow their example.