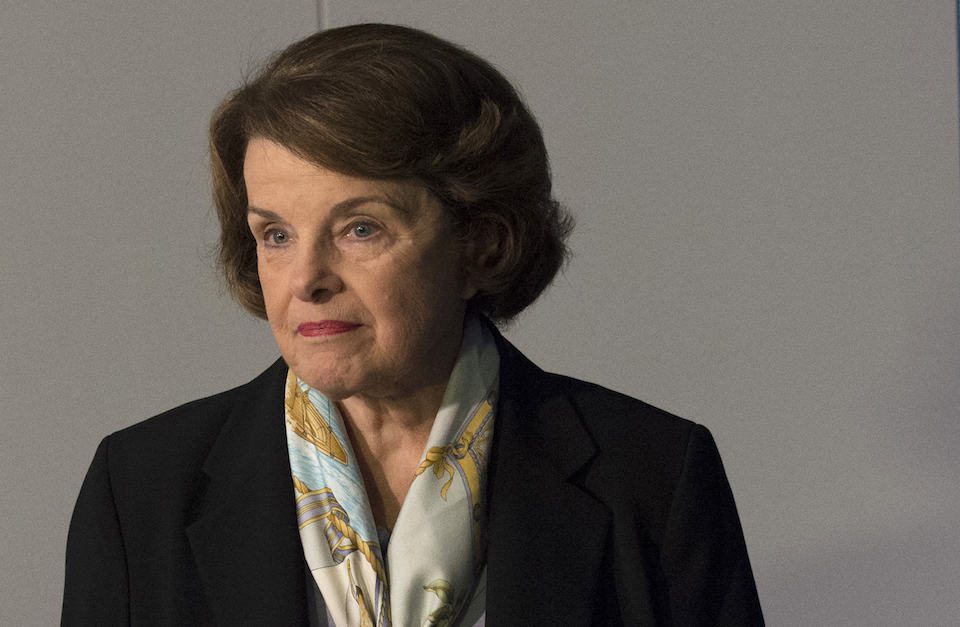 (AP Photo/Molly Riley, File)
Get The American Independent in your inbox

At a recent town hall, one attendee called out Sean Spicer's "Holocaust Center" gaffe, and spoke powerfully about his family's survival of Nazi atrocities — including his mother, who "was a guest at several of those Holocaust centers" — only to face the normalization of "fascists in the White House."

The people of the resistance are making a difference every day at town halls, sending loud and clear messages about the American values that have been abandoned by Republicans in the Donald Trump era.

At a recent town hall held by Senator Dianne Feinstein (D-CA), the son of a Holocaust survivor gave a blistering and gut-wrenching rebuke of Sean Spicer's series of Nazi-related gaffes.

And he asked Feinstein what she could do to avoid normalizing the "fascists in the White House," including staging a Congressional walkout:

One time, my mom was in a line, and a couple of her friends were in another line. There were two lines. And my mom decided, because she was kind of disagreeable, that she stand in the other line where her friends were. She didn't know where the lines were going, but she thought, "Wherever those lines are going, I'm going to stay with my friends."

Obviously she survived, because I'm here now. The other line went to the gas chambers.

Her father, my grandfather, was kicked to death by the S.S. in the [inaudible] ghetto.

We see Steve Bannon, we see Steve Miller, we see white nationalists, white supremacists, we see an actual Nazi, Sebastian Gorka, in the White House of the United States. [Applause and boos]

In 1936, my dad stood against fascists in London in the Cable Street Riot. [Applause] I'm trying to get to a point.

FEINSTEIN: What did you substitute it with?

CONSTITUENT: I'd just like to know, Senator, there's a red line — they talk about the red line Obama drew with Syria — I'd like to know is there a red line the Democrats in the House and the Senate — obviously, you speak for the Senate. Are going to draw where you say, "We cannot work with these fascists in the White House"? They're destroying America. [Loud applause and cheers] And we can't just passively take it. We need to stand up and walk out. We need you to say, "This is not normal." We can't normalize it.

FEINSTEIN: OK. Actually, you've given me an idea. So let me explore that idea, and if you would give me your name and phone number, I'd like to talk to you.

Even Democrats who stand firmly with the resistance sometimes need encouragement to fight harder, and Feinstein seemed to take this man's story to heart. More importantly, his words should echo in the halls of the White House and the Capitol, a reminder that the resistance is coming for all of them.