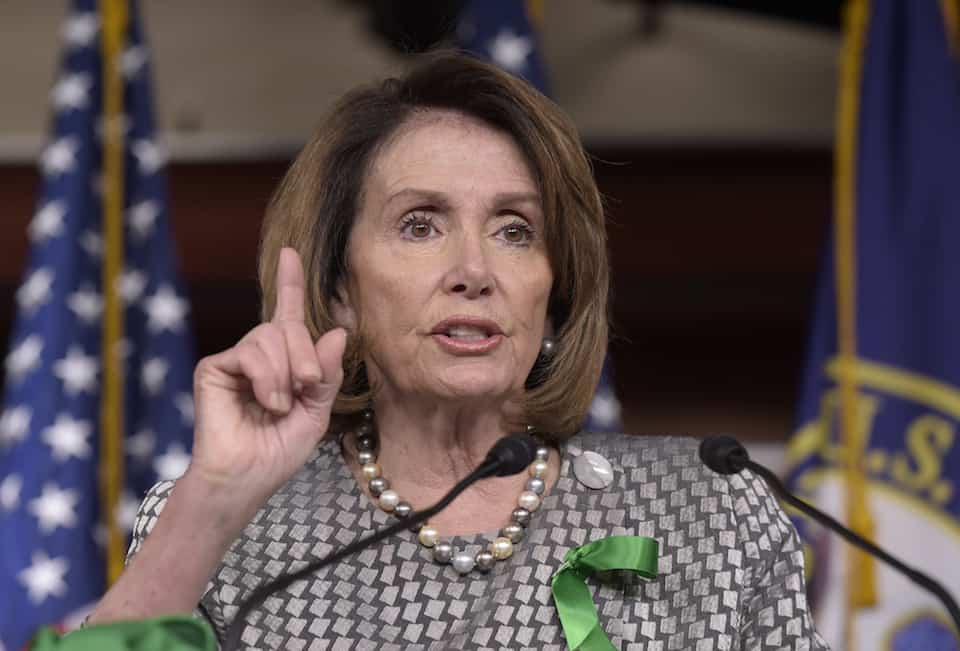 House Democratic Leader Nancy Pelosi is using every tool at her disposal to push the investigation of Donald Trump's Russian ties forward — and to call out her Republican colleagues for their cowardice.

House Minority Leader Nancy Pelosi is forcing her Republican colleagues to take a public stand on an independent investigation of Donald Trump's ties to Russia.

In a letter to the Democratic caucus, she announced that she will be filing a "discharge petition" Wednesday to force a vote on the Swalwell-Cummings bill – also known as the "Protecting Our Democracy Act" or House Resolution 356.

The bill calls for the establishment of "an outside, independent commission to investigate President Trump's ties to Russia" — something 78 percent of Americans support.

Every House Democrat has signed on as a co-sponsor of the bill, yet to date, only two Republicans have joined them. And as a result of this obstructionism from the GOP, the bill has stalled in committee.

Pelosi's filing of a discharge petition is a parliamentary tactic that forces a piece of legislation out of committee and to the floor of the House for a vote. It is rarely used, but Republican intransigence on this subject has made it necessary.

At a minimum, if the bill comes to the floor, Republicans will be forced to vote publicly either for or against such an investigation.

With Trump's historically low approval ratings, the Democratic Party is poised to take back the House in 2018, and they are daring their Republican counterparts to put country before party in advance of those crucial elections.