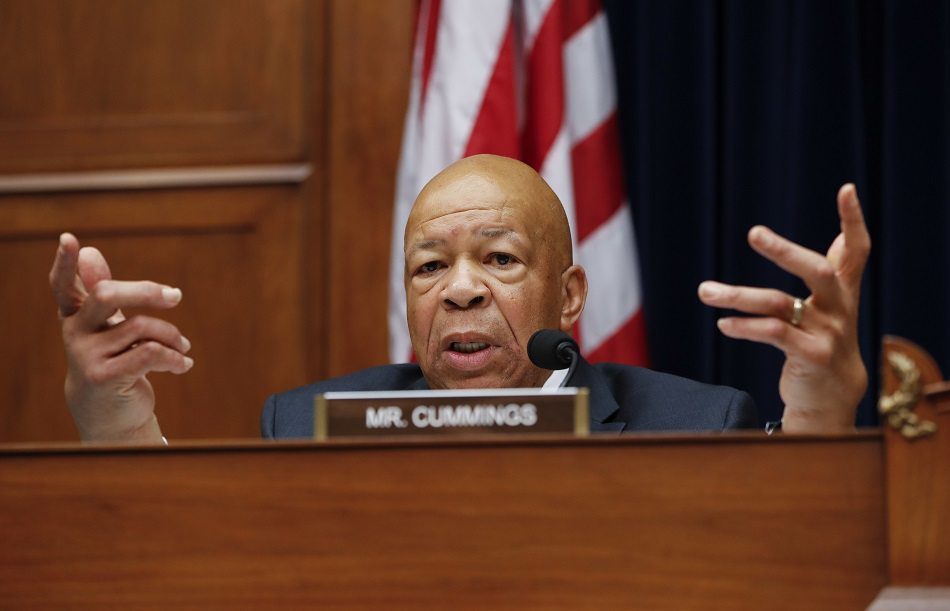 The House Oversight Committee Chairman insisted he would make equal demands regarding financial arrangements no matter who won the presidential election. But after Donald Trump's victory, there has been silence from him on the subject. The Democrats are not going to let it slide.

During the presidential campaign, Representative Jason Chaffetz (R-UT), the chairman of the House Oversight Committee, made the bold declaration that he would have the same demands and expectations of disclosure no matter which candidate won the election.

But with Donald Trump now the president-elect and every day seemingly bringing a new story about his financial conflicts of interest, Chaffetz has been newly reticent to follow through on his previous assurances.

He ignored a letter sent two weeks ago by his colleague, Representative Elijah Cummings of Maryland, the ranking Democrat on the committee, requesting a thorough inquiry into Trump's financial arrangements, his businesses, and the so-called "blind trust" which would allow his children to run his organization.

Cummings has now sent a second letter, signed by 17 Democrats on the committee, reiterating his previous call for the probe Chaffetz had promised:

Although you have stated publicly that you will hold Mr. Trump to the same standards as President Obama and Secretary Clinton, you have not responded to Ranking Member Cummings' letter, and you have not taken steps to conduct basic oversight of these unprecedented challenges

Since Ranking Member Cummings sent his letter, Americans across the country have flooded our Committee's offices with thousands of calls in strong support of this investigation, jamming our phone lines with more calls than we have ever received in response to any other issues.

The letter then goes into lengthy detail of the many potential areas of concern with regard to Trump's financial and business dealings domestically and abroad, and concludes by prevailing upon Chaffetz to use his power properly and in accordance with his earlier statements and with his dogged investigations into his opponent:

You have the authority to launch a Committee investigation, and we are calling on you to use that power now. You acted with unprecedented urgency to hold "emergency" hearings and issue multiple unilateral subpoenas to investigate Sec Clinton before the election. We ask that that [sic] you show the same sense of urgency now.

Chaffetz recently told KUTV of Salt Lake City, Utah, that he has "a duty and an obligation to provide oversight and hold him accountable, and hold his administration accountable." His Democratic colleagues are going to continue to pressure him to be true to his own words.