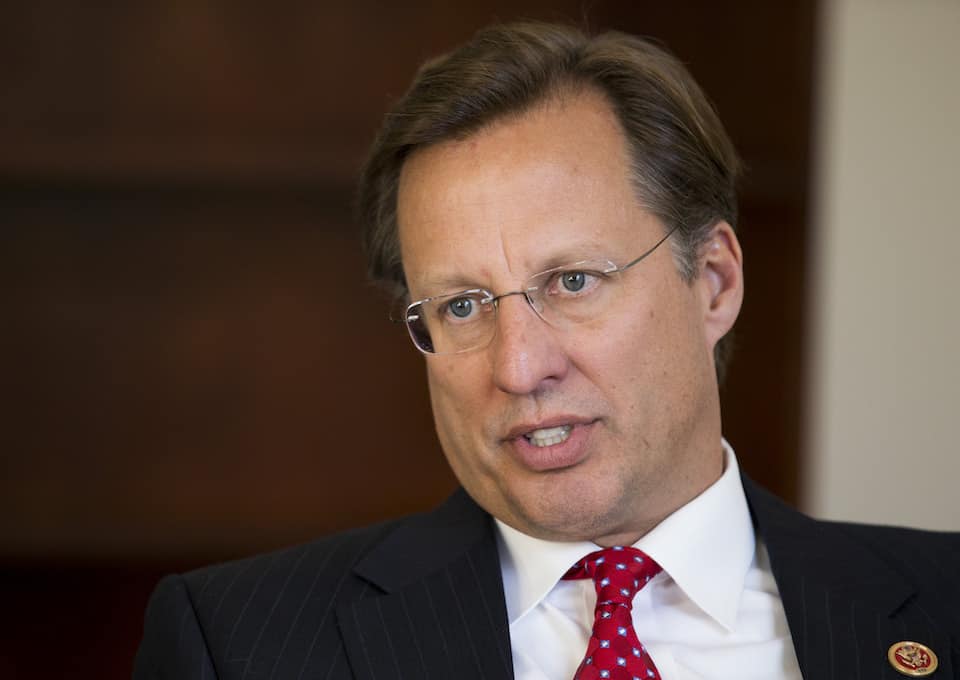 Obamacare is more popular than ever, and voters are showing up at town halls across the country to let their elected leaders know they do not want Donald Trump and the GOP-controlled Congress to take away their health care. Too bad for Republicans that they still refuse to listen.

Republicans seized control of the House in 2010 on a wave of angry anti-Obamacare enthusiasm, but times have changed, and the act that expanded coverage to millions of Americans and lowered the cost of health care is more popular than ever and supported by a majority of voters.

Now that Republicans control the White House and Congress, Americans are making phone calls and showing up to town halls to tell their elected leaders — the ones who are not hiding at Universal Studios, that is, like Speaker Paul Ryan — that Obamacare must be preserved.

And that is making Republicans very uncomfortable. Even Virginia Rep. Dave Brat — who shockingly defeated House Majority Leader Eric Cantor in a 2014 primary by running to his right — has faced heat in his own solidly red district:

[Brat] notes that GOP members of Congress already are being blasted at local town-hall meetings by Democratic constituents outraged by President Trump's election.

“The new guys on the block are showing up in an environment now where we’re having these town halls, and we’re getting just annihilated, right?” Brat said in an interview in his district office, outside Richmond. He was heckled and booed at a town hall in February; he’s not holding any during this congressional break.

Brat infamously complained in January about voters' anger, saying, "Since Obamacare and these issues have come up, the women are in my grill no matter where I go."

You would think the opposition from their constituents, not to mention their humiliating failure to even hold a vote on Donald Trump's rushed and reckless "repeal and replace" proposal, would have at long last put an end to Republican attempts to undo Obamacare.

But leave it to Republicans to do the foolish and unpopular thing, no matter how many times they have failed in the past. (For those keeping track, House Republicans have voted more than 50 times to undo Obamacare, in full or in part.) According to Brat, his party is preparing for yet another repeal attempt that could come "within a few weeks."

Brat is one of the leaders of the House Freedom Caucus, the extremist all-male group of uber-conservatives who are not shy about threatening to shut down the government unless they get their way, whether it is on raising the debt ceiling or blocking access to Planned Parenthood. Brat's caucus was the driving force that ran former Speaker John Boehner out of office for being insufficiently obstructionist and conservative.

In other words, they are not exactly the most reasonable members of Congress.

But Republicans have been running, since 2010, on the promise that they would repeal Obamacare, and as Brat notes, they are terrified of what might happen if they do not deliver on that promise:

The consequences of not getting to yes could be catastrophic for Republicans, who have been promising for seven years to repeal President Obama's signature Affordable Care Act. "A huge brawl" would follow failure to act, he warns, outraging Republican constituents who expect them to deliver.

However, Obamacare is far more popular than Trump or his party, and Americans do not want to lose their access to health care. Period. That is the uncomfortable and inconvenient truth that is tearing Republicans apart as they try to do something increasingly unpopular just because they have promised for the past seven years that they would.

GOP members of Congress can try to hide from their constituents by avoiding town halls and refusing to answer their office phones, but if they follow through with their threats, they will not be able to hide from voters on Election Day.