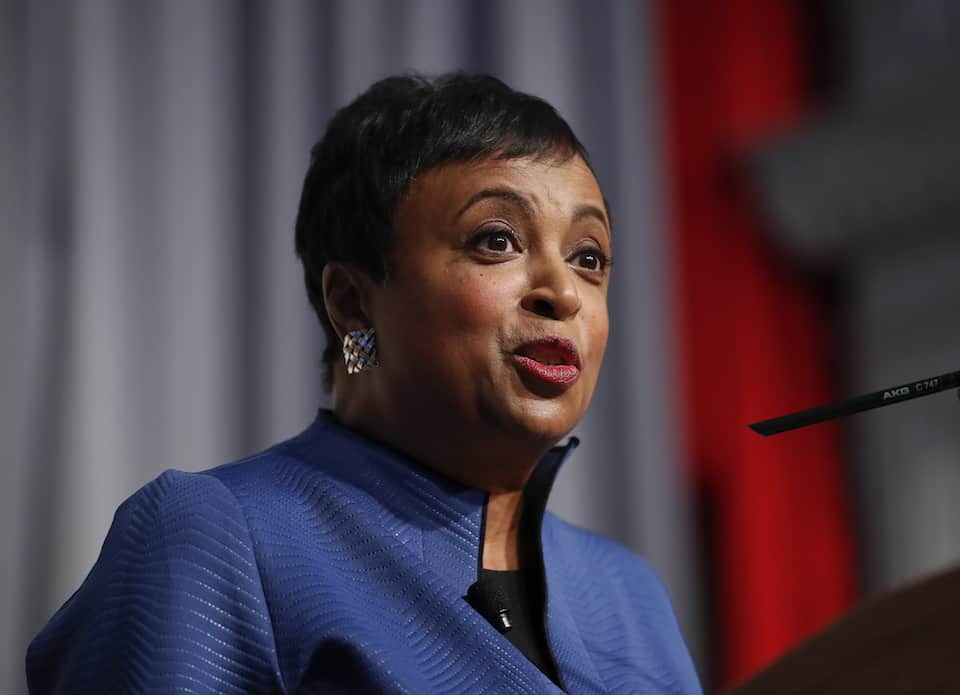 As the list of Donald Trump’s abuses of his office continues to grow, the Republican-controlled House saw fit to strip authority from the nation’s first Black female librarian of Congress and hand yet another power to Trump.

While the world was focused on Donald Trump’s relentless stream of foibles and failures, the otherwise stagnant House of Representatives quietly passed legislation broadening Trump’s power over matters of intellectual property.

In a bipartisan, 378-48 vote, the House passed the Register of Copyrights Selection and Accountability Act (H.R. 1695), which wrests the librarian of Congress' ability to appoint or dismiss the register of copyrights, who is responsible for managing the U.S. Copyright Office, and hands that authority over to the president.

Although the Copyright Office remains under the overall management responsibility of the Library of Congress, the librarian now has no authority over, or even input in, the selection of a director — a role that has now become a political appointment rather than a member of the civil service.

It is a move which comes across as nothing more than an accommodation to powerful corporate copyright holders, and a personal slap on the wrist to a single individual — the current librarian of Congress, Dr. Carla Hayden.

Hayden, an esteemed professional with over 40 years of experience in library science and administration, was appointed by President Obama as the 14th librarian of Congress, and is both the first woman and the first Black American to serve in this role.

At the time of her appointment, she was widely praised by members of Congress as an innovator in library management, who had been a key figure in modernizing and bringing our nation’s libraries and creative content in greater sync with the modern, digital age.

But Hayden has also been an open advocate of balancing the rights of content creators and corporate copyright owners to adequately and fairly reap the benefits of their creative labors with the general public’s interest in broadening public access to this content in a fair and equitable manner.

When Hayden assumed her responsibilities at the Library of Congress, the latter position put her at odds with the then-sitting register of copyrights, Maria Pallante, who favored less open access to copyrighted materials, a position supported by entertainment, media, and publishing heavyweights. Hayden fired Pallante last year, though Pallante was swiftly offered a position as President and CEO of the Association of American Publishers, a lobbying organization and strong advocate of H.R. 1695.

Members of Congress on both side of the aisle claim the measure will "modernize" and improve the Copyright Office, and the measure has been lauded by trade associations and guilds. (Full disclosure: This includes the Authors Guild, of which I am a member.)

The MPAA applauds the introduction in the House of bipartisan legislation making the Register of Copyrights a position nominated by the President and confirmed by the Senate. The existing structure was created more than 120 years ago. Since then, the American creative economy has seen exponential growth – and now employs more than 5.5 million U.S. workers, while contributing more than $1.2 trillion to GDP.

It’s time to modernize the Copyright Office, which includes putting the Register — a critical steward of the Constitutionally-enshrined principle of copyright — on equal footing with fellow appointees who oversee similarly significant and vital industries.

But a close read of the language of the entire bill that passed the House reveals no more than a shift of hiring and firing authority for the director of the Copyright Office from the Librarian of Congress to Trump. As a practical matter, this makes the Copyright Office subject to the vagaries of political whims and influential lobby persuasion more than a dedication to the Constitution's intention under Article I, Section 8 to "promote the progress of Science and Useful Arts."

And it does nothing to directly address the substance of the Copyright Office’s role in the oversight of legal monopolies on creative content, other than to make the direction of such oversight political rather than administrative.

In fact, many argue that this change impedes the deliberative balancing of varied interests in intellectual property in favor of current owners of content:

Christopher Chambers, media studies professor at Georgetown University corroborated this to NBC BLK, stating, "Big money is at stake and the industry wants someone, who will see its side, rather than the public interest in what the Constitution says is the 'promotion of useful Arts.'"

According to many specialists, the bill does not resolve some of the very real flaws in contemporary U.S. copyright law. But it does give more power to Donald Trump. And it does take power away from a woman who has spent her life trying to find the ways to get information and literature into the hands of those who need it the most.

Rep. Zoe Lofgren (D-CA) offered a strong critique of the bill in a statement titled, "Don't Trump the Library of Congress," in which she warned that the move would "only serve to delay Copyright Office modernization, harm the public, harm content creators, increase tension between the Library and Copyright Office, and harm Copyright Office employees."

The protection of content creators, particularly individual artists, writers, musicians, etc., is worthy and necessary (as a writer/content creator as well as an experienced intellectual property and entertainment attorney, I can attest to this reality). Without the legal monopoly offered by the U.S. Constitution — which gives creators a reasonable amount of time to benefit from the fruits of their ingenuity and hard work before others can use it without compensating or crediting them — there would be no incentive for individuals to create, invent, or innovate.

The waters have been a bit muddied by the creative line-blurring both instigated by artists — music sampling, for example — and enhanced by the technological tools of the digital age, as well as the mounting barriers to access to content through paywalls (particularly given the Trump administration’s efforts to do away with net neutrality). And legitimate questions exist regarding whether the concept of "fair use" to copyrighted materials should be expanded in certain circumstances.

But the entertainment and media industries who benefit financially from the exploitation of copyrighted creative content have a vested interest in limiting this expansion of access. It is worth it to them, and the members of Congress who desire to stay within their good graces, to snatch authority from the widely-respected first woman and African-American head of the Library of Congress, and hand such decisions over to Trump — who will surely be much more amenable to industry preferences.

As someone who has both practiced and taught intellectual property law, and who also benefits from copyright protection afforded my books, I am not blind to the realities behind the niceties of the vague and very limited language of an act which purports to promote "accountability."

And nothing in the current president’s actions to exploit the Oval Office for the benefit of himself and other members of the 1 percent, or the reality of the vast corporate lobbying efforts against the current librarian of Congress, would lead anyone paying attention to believe that the objectives of this legislation are as noble as claimed.