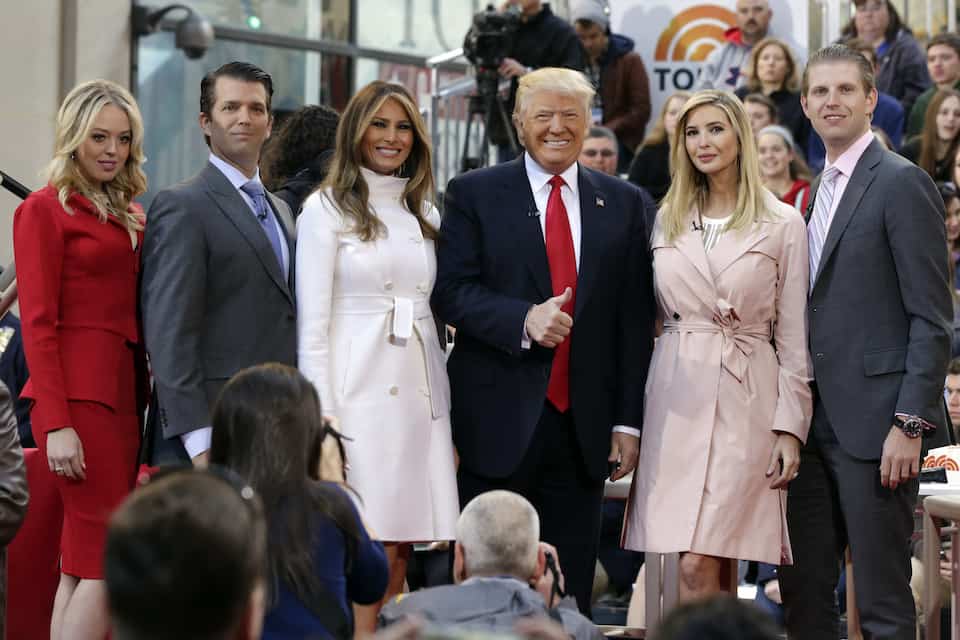 Corruption lies at the heart of the Trump administration, and the evidence of its financial ties to Russia grows.

Dodson inquired of both Donald Trump and his son Eric about the funding behind the club. Donald vaguely referred to having "access to $100 million" of unidentified funding, and his son reportedly answered the funding came from Russia.

When the story emerged over the weekend, Rep. Eric Swalwell (D-CA) quickly responded on Twitter:

This is consistent with the #TrumpRussia pattern: @realDonaldTrump & family invested in Russia & allowed Russia to heavily invest in them. https://t.co/pgrmOk0kqF

Swalwell serves on the House Permanent Select Committee on Intelligence and has access to the evidence provided to the committee as part of the investigation into Trump and his family's and associates' ties to Russia.

According to Dodson, Trump's public relations staff contacted him multiple times asking him to come to the club. Eventually, Dodson consented to come and play a round with Trump, his son, golf icon Greg Norman, and a local lawmaker. Dodson recalls what happened when he arrived:

Trump was strutting up and down, talking to his new members about how they were part of the greatest club in North Carolina. And when I first met him [Donald], I asked him how he was — you know, this is the journalist in me — I said, "What are you using to pay for these courses?" And he just sort of tossed off that he had access to $100 million.

So when I got in the cart with Eric, as we were setting off, I said, "Eric, who’s funding? I know no banks — because of the recession, the Great Recession — have touched a golf course. You know, no one’s funding any kind of golf construction. It’s dead in the water the last four or five years." And this is what he said. He said, "Well, we don’t rely on American banks. We have all the funding we need out of Russia." I said, "Really?" And he said, "Oh, yeah. We’ve got some guys that really, really love golf, and they’re really invested in our programs. We just go there all the time."

Since the story about his remarks was first published, Eric Trump took to Twitter to call it "fake news":

This story is completely fabricated and just another example of why there is such a deep distrust of the media in our country. #FakeNews https://t.co/YZMUnniw7Z

Russians make up a pretty disproportionate cross-section of a lot of our assets; say in Dubai, and certainly with our project in SoHo and anywhere in New York. We see a lot of money pouring in from Russia. There’s indeed a lot of money coming for new-builds and resale reflecting a trend in the Russian economy and, of course, the weak dollar versus the ruble.

Despite the family's recent denials, there are decades of remarks on the public record about their potential investments in Russian entities.

As a member of the House Intel Committee, Swalwell likely has access to far more information than is publicly available about these ties. His observation that the most recent revelation "is consistent with the #TrumpRussia pattern" gives further credence to the allegations of corruption at the heart of the Trump administration. And it again shows the urgent need for an independent investigatory body to take over the Trump-Russia investigation.