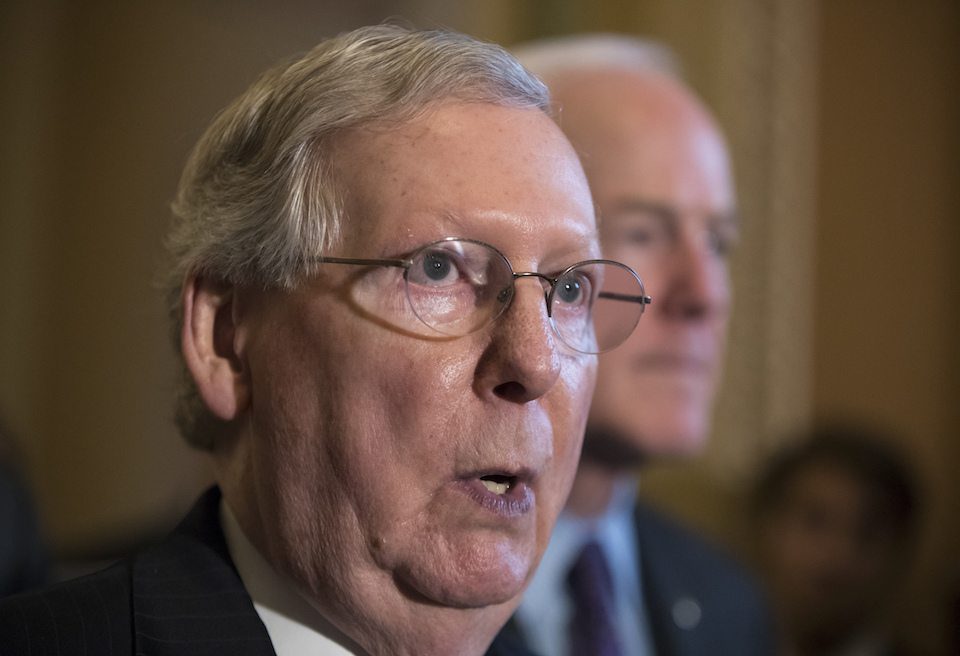 House Democrats are demanding that the CBO be allowed to analyze the Republican's latest effort to repeal Obamacare, and they are pleading with the GOP to stop endangering millions of American lives.

In the largest show of Congressional force to date surrounding the GOP’s latest zombie-like attempt to repeal Obamacare, 58 Democratic members of the House are urging Sen. Majority Leader Mitch McConnell to hold off on any Senate action until the proposed bill can be properly analyzed and debated.

Specifically, they are demanding that the bipartisan Congressional Budget Office be given enough time to properly score the Graham-Cassidy bill to see how much it would cost and how many millions of Americans would be affected by its implementation.

"To proceed to vote on legislation without ample consideration would be to deny the American people the transparency and responsiveness they deserve from their Congress," writes Rep. Gregory Meeks of New York, on behalf of 57 of his colleagues.

Having bills of this kind scored by the CBO has been the legislative norm for four decades — until this year, when Republicans have aggressively tried to sidestep the process, and to block off transparency regarding health care by also refusing to hold public hearings

"The GOP’s secretive process marks a sharp departure from the traditional way the Senate has developed large, complex bills, which are often debated for years with multiple committee hearings to ensure broad input and careful analysis," the Los Angeles Times reported in June, noting that the hide-the-bill strategy appeared to be a "deliberate" attempt to keep the public in the dark.

The Republican approach in the Senate of trying to bypassing the CBO is so radical that even some House Republicans have expressed deep misgivings.

"We're going to have no idea how many Americans might lose insurance as a result of this. Is it responsible for senators to vote on it without knowing that?" Rep. James Comer of Kentucky told CNN Thursday. "I certainly wish that the Senate would get a CBO score. I think it's a terrible thing when Congress votes on a major piece of legislation without a CBO score."

Yet Sen. Bill Cassidy of Louisiana, one of the co-sponsors of the looming repeal effort, has already dismissed the CBO and its possible findings. "I just don’t care about the coverage numbers, because their methodology has proven to be wrong," Cassidy declared.

And the Trump administration has conveyed appalling flippancy about the effect of the bill. "We really aren’t sure what the impact will be," an unnamed official admitted.

For Democrats and even some Republicans, this represents a dangerous and dishonest legislative path to go down, especially with regards to a hallmark issue such as health care.

"We also implore you to move this and any other significant healthcare legislation through the Senate in accordance with regular order to provide transparency and allow all Senators the opportunity to weigh in on behalf of their constituents, the American people," the House Democrats wrote.

On an topic this crucial, obeying the rules of order that have been in place for decades ought to be non-negotiable.