Home National How a poster child for white nationalism changed his mind and his...
Support progressive journalism.
Donate today 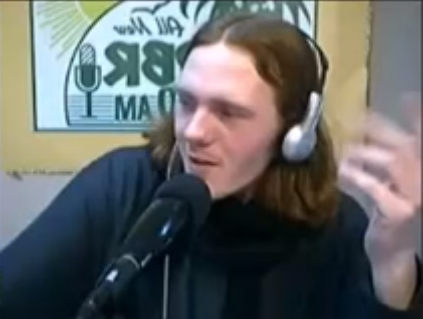 It can sometimes seem like extremist views are impossible to change. But one man, born and raised within the white supremacist movement, offers a different story.

Derek Black is the son of Don Black, a former Grand Wizard of the KKK, a former member of the American Nazi Party, and founder of the odious white supremacist and Holocaust-denial web forum, Stormfront. Derek's mother, Chloe, used to be married to David Duke.

This was not just guilt by association, either; Derek was an active and willing participant in the white nationalist movement. He spoke at conferences and co-hosted a daily radio show with his father. He majored in medieval European history. (White supremacists typically cite western Europe as an advanced race of genetically superior inhabitants as a rationale.)

When Derek was a student at New College in Sarasota, Florida, a fellow student discovered who he was and posted the information to a student message board. It had the predictable effect of causing outrage and ostracism. Derek then applied for permission to live off-campus and did his best to avoid the other students.

He also planned a conference for white nationalists in East Tennessee. But when another New College student learned about the conference and posted details on the message board, students began to talk about a different approach to the news.

“We have a chance to be real activists and actually affect one of the leaders of white supremacy in America. This is not an exaggeration. It would be a victory for civil rights.”

“Who’s clever enough to think of something we can do to change this guy’s mind?”

Matthew Stevenson, who knew Derek from his first semester at school, sent him a text message and invited him to a Friday night Shabbat dinner. He decided his best chance to affect Derek’s thinking was simply to include him.

Stevenson was the only Orthodox Jew on campus, and had been hosting a small group of students at his apartment each Friday night. "Most of his guests were Christian, atheist, black or Hispanic — anyone open-minded enough to listen to a few blessings in Hebrew," according to the Post.

Derek eventually became friends with many of the regulars, and as they asked probing questions and argued about his positions, he began to change. Derek eventually renounced his former views and sent a letter in 2013 to the Southern Poverty Law Center, his family's longtime adversary:

“Advocating for white nationalism means that we are opposed to minority attempts to elevate themselves to a position equal to our own. It is an advocacy that I cannot support, having grown past my bubble, talked to the people I affected, read more widely, and realized the necessary impact my actions had on people I never wanted to harm.”

The transition was not easy, and relations between Derek and his parents are still strained. But this time, love did trump hate. Derek attributes his evolution not to the people who ostracized him, but to "those who were my friends regardless, but who let me know when we talked about it that they thought my beliefs were wrong for specific reasons and took the time to provide evidence and civil arguments."

It is something to remember in these turbulent times.