Home National How Trump's SCOTUS pick would force the disabled 'back into the segregated...
Support progressive journalism.
Donate today 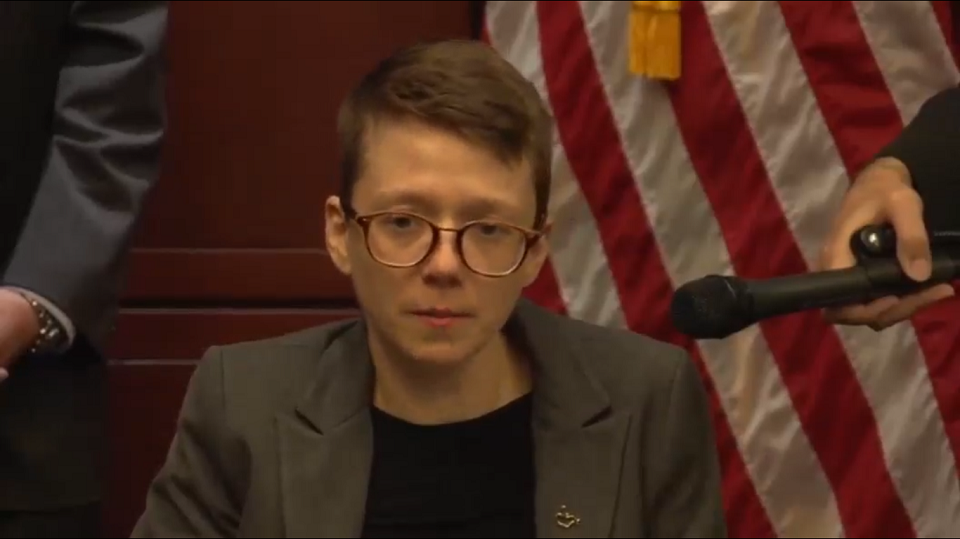 YouTube/SenateDemocrats
Get The American Independent in your inbox

The Democrats pointed out that "Judge Gorsuch has consistently favored big money, powerful special interests over the rights of everyday Americans, siding with insurance companies denying disability benefits and employers discriminating against employees."

Dynah Haubert, an attorney and disability rights advocate with Disability Rights PA, highlighted Gorsuch’s rigid approach and his history of ruling against vulnerable members of society. She pointed out that a judge with his world view would result in "denying people with disabilities the right to live where and how we choose."

HAUBERT: I'm here because I wanted to speak specifically on why having Judge Gorsuch on the Supreme Court is a concerning prospect for the disability community. His view of the Constitution is a matter of life and death for people with disabilities. In his own words, he has said that "Judges should strive to apply the law as is focusing backward."

People with disabilities, like so many other diverse Americans, have only had our rights recognized under the law all too recently. 30 years ago, it was perfectly legal for employers to refuse to hire someone on the basis of disability, landlords to refuse us a place to live, and public places to exclude us. When the Constitution was drafted, I and the rest of the 20 percent of Americans who have disabilities would not have even been afforded the most basic of human rights.

Disability discrimination laws focus on the idea that an accommodation that works for one person may not work for another person. And so, flexibility and individual analysis is essential to addressing disability discrimination. Gorsuch, however, takes an implacable bright line approach. He's held that an employer did not have to modify its leave policy to accommodate an employee with cancer. He’s held in favor of limiting what public schools are required to provide to disabled students.

To take such an approach to issues facing the disability community — like deinstitutionalization; access to home and community-based services; affordable, accessible housing; and competitive integrated employment — would mean denying people with disabilities the right to live where and how we choose, forcing us back into the segregated shadows of institutions, and really putting our lives in jeopardy. So clearly what’s at stake today is too high. It is a matter of life or death.

Irene Booze, a special education teacher from Baltimore, said Gorsuch was "not what Americans need" for workers, singling out Gorsuch’s "alarming" rulings on behalf of those who have discriminated against employees.

Similarly, Jody Calemine, general counsel for Communications Workers of America, pointed out instances in which Gorsuch has ruled against worker safety. Specifically, he cited the case of truck driver Alphonse Maddin, who was fired by his employer after abandoning his trailer on the side of the road after waiting for several hours in subzero temperatures. While the Tenth Circuit court ruled that Maddin had been illegally fired from his job and ordered him rehired, Gorsuch dissented, arguing that the company was within its rights to get rid of the employee even if he had been mistreated.

Gorsuch’s right-wing judicial record has been one of the few issues on which Trump has been completely in line with Congressional Republicans. After stonewalling the nomination of Merrick Garland until the end of President Obama’s term, they now insist on quick approval of Gorsuch, without a thorough examination of the troubling elements of his judicial record.

Democrats have insisted that they will not allow Gorsuch to reach the court with simply a rubber stamp, and will do what they can from within the minority to vet him completely.