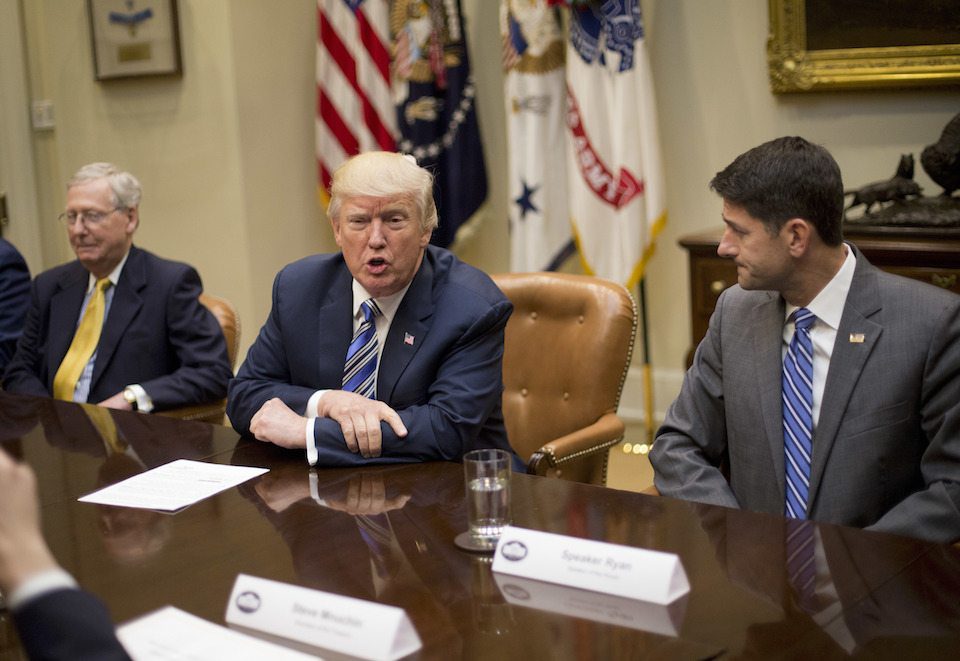 Americans will overwhelmingly blame Donald Trump and his fellow Republicans if they force Obamacare to collapse and sabotage the health care of millions.

Donald Trump's threat to sabotage Obamacare would generate a huge backlash for him and Republicans, according to a new poll.

The poll, from the Kaiser Family Foundation, found that moving forward, 60 percent of the public believes that "Trump and Republicans in Congress are responsible for any problems with the ACA." They also found that most Americans — 78 percent — believe Trump should do what he can to make Obamacare continue to work for millions of people.

Trump and his Republican allies in Congress have already been responsible for several thousand Americans having their coverage endangered, in states like Ohio and Iowa. Insurers have cited the uncertainty around health insurance markets caused by the Republican push for historically unpopular repeal legislation as one factor hurting them, along with Trump's threats to pause government payments to exchanges.

The Kaiser poll notes that 60 percent of America thinks that it was a "good thing" that Republicans did not get their bill passed. The failure has led to huge infighting within the GOP: Trump wants another vote, Senate Majority Leader Mitch McConnell wants to move on, and Speaker Paul Ryan is eager to work on tax cuts for the rich.

The Democrats, who have said that Obamacare should stay in place, with some tweaks to the marketplace, have the public on their side. But it is still unlikely that Trump and the GOP will listen.