Home National I am an immigrant like Alicia Machado and I have a message...
Support progressive journalism.
Donate today 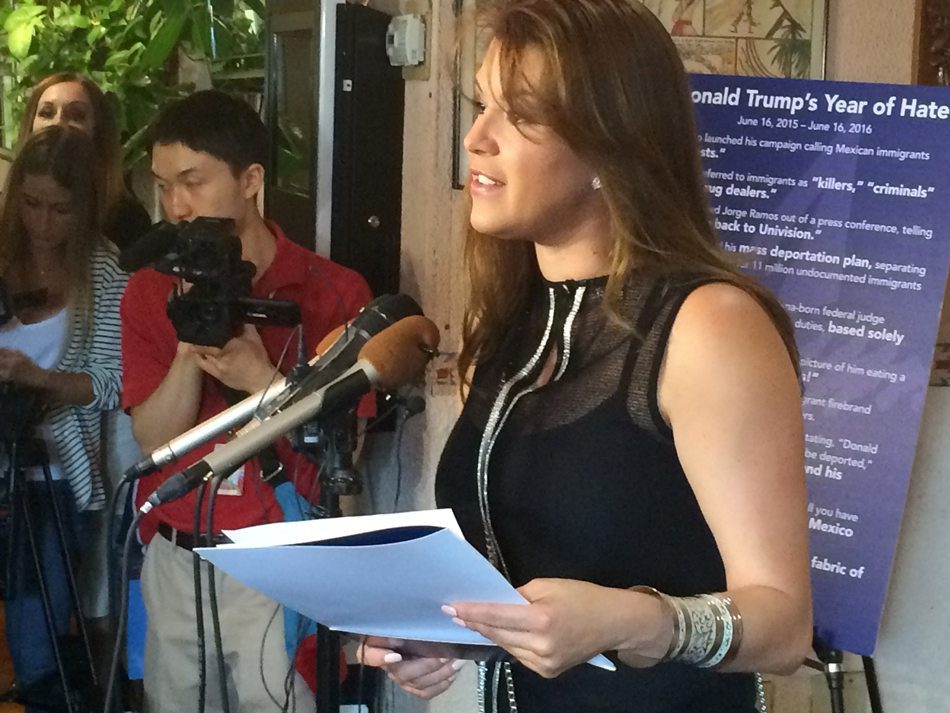 (AP Photo/Luis Alonso Lugo, File)
Get The American Independent in your inbox

I am an immigrant, I have an accent, and my mom was a housekeeper. I spent my school breaks making beds, cleaning kitchens, and running vacuums up and down stairs in other people’s houses. And I have a message for Donald Trump: WE VOTE.

For decades now, Donald Trump has shown a callous disregard for how his words and actions affect other people — whether it’s calling Latinos “rapists” or calling women “fat” or “flat-chested” or “pigs.”

In Alicia Machado’s case, he mocked her further by calling her “Miss Piggy” and “Miss Housekeeping” because she is Latina and she has an accent.

He missed the most basic lessons on compassion and on how words matter. It is simply unacceptable for anyone to insult others for their accents, their looks, and their livelihoods. Bullies do that. Presidents don’t.

Alicia Machado was just 18 years old when she became Miss Universe. When she was working on losing weight she had gained after her crowning, Trump ambushed her at a gym with reporters to watch her exercise. The ambush at the gym was so cruel that a headline the next day read: “La Bella Tratada como La Bestia.”

Let me translate that for you: “Beauty Treated Like a Beast.”

Trump’s behavior underscores the reason why he is simply not qualified to be president of our great nation. He has no clue how his words affect people. And his policies reflect this cluelessness.

Alicia’s story provides another glimpse of who Trump really is.

As a woman, a Latina, and an immigrant, I am tired of Trump’s insults, tired of dehumanizing language that normalizes abusive and racist behavior, tired of talk of walls and deportations. And so tired of the vacuous words “law and order,” when every day mothers are senselessly losing their black and brown children.

And I am absolutely fed up with Trump and people like him who keep on denying our reality. Words matter. And policies have consequences.

That is why, in this election, my bet is on women. Young, old, white, black, Asian, and Latina. Women like Alicia Machado, who courageously shared her story and in November will vote for the first time, for Hillary Clinton. Women like Diane Guerrero and Dolores Huerta who are using their respective platforms to speak out and encourage women to register and vote.

Women can stop Trump in this election and Latinas can play a key role in that effort.

(Vanessa Cárdenas is Director of Strategic Communications at EMILY’s List)