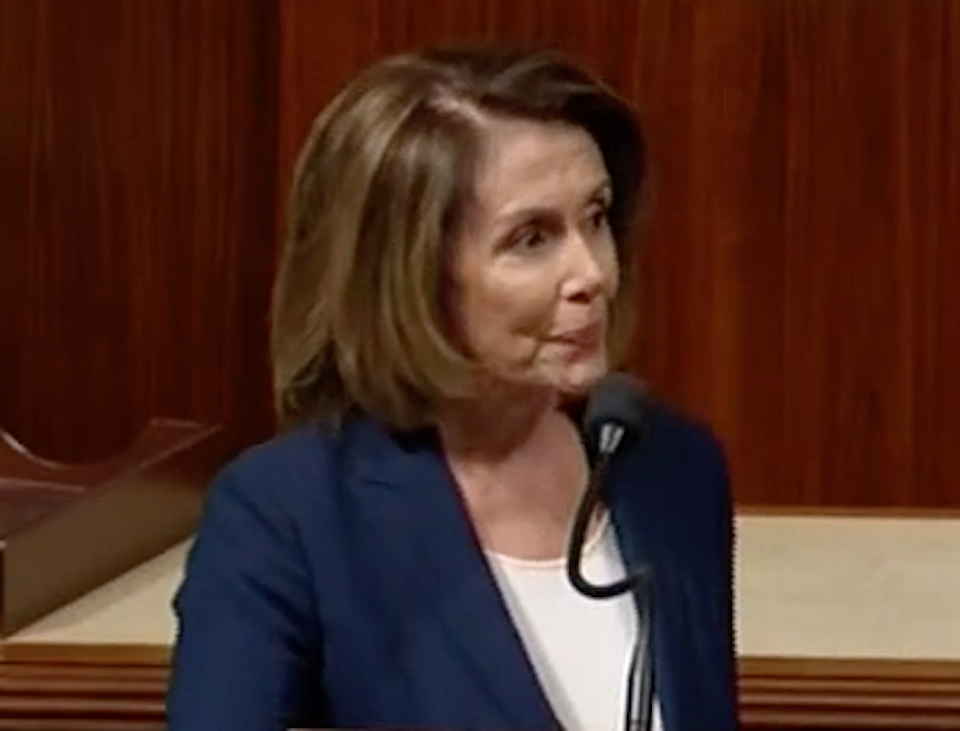 Alaska Republican Don Young had the audacity to try to silence Nancy Pelosi on the House floor. It did not go well for him.

A Republican who has served in the House for more than 40 years ought to know the rules.

But Alaska Rep. Don Young either doesn't — or he doesn't care. At least, not when Minority Leader Nancy Pelosi is saying things he doesn't want to hear.

On Thursday, Pelosi delivered a brutal speech about the GOP's latest tax scheme to give billions of dollars to the ultra-wealthy by raising taxes on the middle class and gutting essential programs, including education and health care.

"This is one of the worst budget decisions that you have made," Pelosi told her Republican colleagues.

That's when Young shouted at her, "Time's up!"

However, as HuffPost congressional reporter Matt Fuller notes, the minority leader is not subject to the same rules and time limitations as other House members.

But Pelosi is unflappable, and no man is going to intimidate or silence her.

"I know you don't want the public to hear this," she said, "and I can understand why."

Republican men in Congress have a nasty habit of trying to shout down Democratic women who say things they don't want to hear. It happened to California Sen. Kamala Harris. And Washington Sen. Patty Murray. And Minnesota Sen. Amy Klobuchar. And Massachusetts Sen. Elizabeth Warren, who was officially forbidden from speaking by Senate Majority Leader Mitch McConnell.

And it happened to Washington Rep. Pramila Jayapal by none other than Alaska Republican Don Young.

But when Young made the mistake of literally trying to mansplain the House rules to Pelosi — who as the minority leader and former speaker of the House, knows the rules perfectly well — he only ended up embarrassing himself. And the very points about the disastrous cuts in the GOP budget will now get even more attention because of his attempt to silence them.