Home National I lost my baby this summer — I would have lost my...
Support progressive journalism.
Donate today 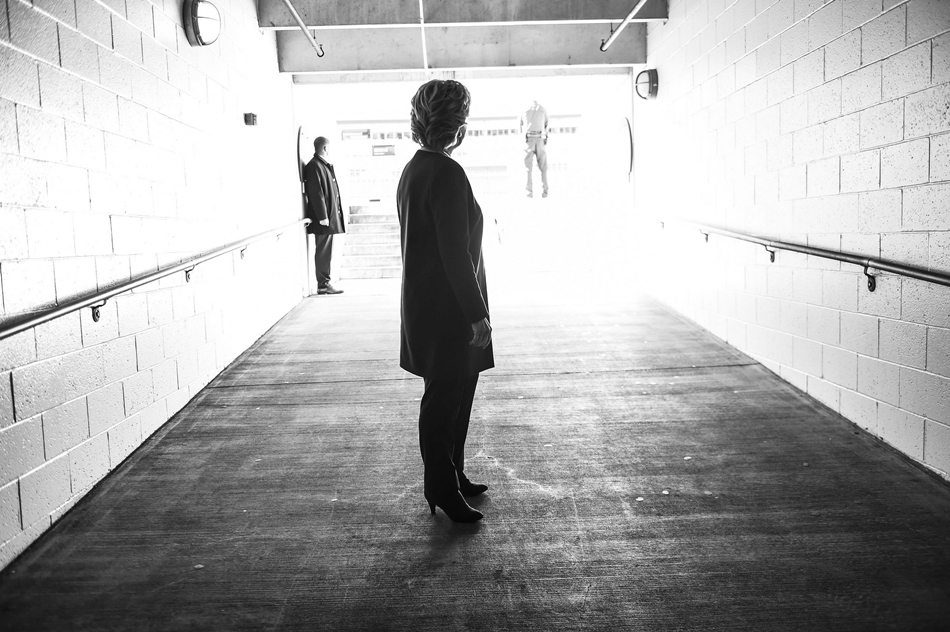 This summer I survived an ectopic pregnancy. Thanks to easy access to modern reproductive medical care in my state, doctors saved my life. Under a Trump/Pence administration, I would have died.

“Your baby is growing outside your uterus. It can't survive. Get to the emergency room now so we can make sure that you do.”

The day before that call from my doctor, I walked into her office for my very first prenatal exam. I had been dutifully taking my daily vitamins, experiencing morning sickness and an insatiable appetite. Everything seemed to be going well, until the first ultrasound produced no results.

My blood levels indicated that I was pregnant and the doctors were concerned. I was immediately referred to a specialist. I spent the next several hours between freezing waiting rooms and paper covered exam beds being poked and prodded by medical professionals wielding ultrasound devices desperately trying to locate my baby. Then I got that call.

My husband Peter rushed me to the hospital where I had a battery of blood tests and physical exams. An ectopic pregnancy is a life-threatening condition. It is the leading cause of pregnancy-related death during the first trimester in the United States. A growing embryo can rupture a Fallopian tube, leading to internal hemorrhaging and septic shock.

My doctors were sympathetic, but unequivocal: left to grow, this child that I had waited so long for, that my parents were ecstatic about (their first grandchild), that Peter and I were so proud of, would almost certainly end my life. The doctors informed me that the safest option to terminate the pregnancy at this early stage was a single dose of a chemotherapy drug called methotrexate. I'm stoic, but the injection was excruciating. For a week, I experienced the side effects of chemo: nausea, extreme fatigue, and abdominal pain.

I returned to the doctor for a follow-up exam expecting to hear that my pregnancy was over. To everyone’s alarm, it was not. The ultrasound produced a clear image of my baby, which had survived a deadly chemical injection and was still growing — in the wrong place. As I listened to its tiny heart beating, my heart broke into a million pieces. Once again, I was rushed to the hospital, this time for emergency surgery. Hours later I emerged, no longer pregnant, but thankfully with my life and my fertility intact.

2016 has been a very tough year. Tears come quickly and often. The anguish of losing my first pregnancy is indescribable. The grief comes in waves and is all-encompassing. My aura went from one of joy and hope to one of loss. Not only did I lose my baby, but I felt like I lost my sense of self. I was no longer becoming the mother I was preparing myself to be. As a former athlete and dancer who took pride in my physical strength, the slow pace of my recovery was distressing. My immune system took a serious hit from the chemotherapy. Suddenly, I was experiencing a physical weakness that was emotionally debilitating. It was weeks before my abdominal incisions healed enough not to feel pain with every step — every walk to the park, to the store, or even across a room, was a reminder of what I had lost.

To work through my pain, I make the conscious choice every day to fill the empty space with gratitude. I'm grateful to be alive and to have the ability to get pregnant again one day. Having worked in nursing myself, I’m grateful for the incredible care I received from my doctors and hospital support staff. I’m grateful to all the women who have so bravely shared their stories of tragedy with the world. I'm grateful for my husband Peter who has been my rock. He has nursed my wounds, dried my tears, and held my hand every single difficult step of the way.

And because of what I've been through, I'm even more grateful for our work fighting to elect Hillary Clinton. Peter and I have been subjected to hatred, mockery and death threats for our fierce advocacy and I know we will face even more for sharing this personal tragedy. But it has all been worth it.

Hillary is a mother and a grandmother and she understands the importance of access to reproductive care. She has stated, in no uncertain terms, “I can tell you the government has no business in the decisions that women make with their families in accordance with their faith, with medical advice. And I will stand up for that right.”

Hillary is the only candidate fighting for our right to make decisions about our own bodies. That is why I am working and fighting tirelessly through all the pain and difficulty to make sure that no woman, no family, ever has to face the threat of a Trump presidency. Because it is truly a matter of life and death.

Family planning clinics across the country are closing at a record pace. In February, Bloomberg reported:

Abortion access in the U.S. has been vanishing at the fastest annual pace on record, propelled by Republican state lawmakers’ push to legislate the industry out of existence. Since 2011, at least 162 abortion providers have shut or stopped offering the procedure, while just 21 opened. At no time since before 1973, when the U.S. Supreme Court legalized abortion, has a woman’s ability to terminate a pregnancy been more dependent on her zip code or financial resources to travel. The drop-off in providers—more than one every two weeks—occurred in 35 states, in both small towns and big cities that are home to more than 30 million women of reproductive age.

These clinics, including Planned Parenthood, provide not only abortion access, but crucial prenatal care for healthy pregnancies, as well as health care, cancer screenings, and contraception for both women and men. They also provide potentially life-saving screenings for STDs which have hit a record high because of clinic closings.

Women who live without access to a clinic will often have to travel miles outside of their physical and financial reach to access emergency medical care.

Donald Trump and Mike Pence want to make things even worse. Trump has said that he is committed to defunding Planned Parenthood. And of Pence, my colleague Melissa McEwan writes: "Trump talks the horrible talk about health and women's agency; Pence has walked the horrible walk." Under Mike Pence, "Indiana [is] one of the most unsafe places to be pregnant in the country.” Pence has also said that he and Trump will “see Roe vs. Wade consigned to the ash heap of history where it belongs.”

The idea of allowing these men to make any decisions about my or any woman’s body is mortifying.

With Trump and Pence imposing their will on my reproductive choices, I would likely have died from my ectopic pregnancy, which I would have been forced to carry until I was bleeding to death. When I vote for Hillary on Tuesday, that will be top of mind and heart. I can't wait.