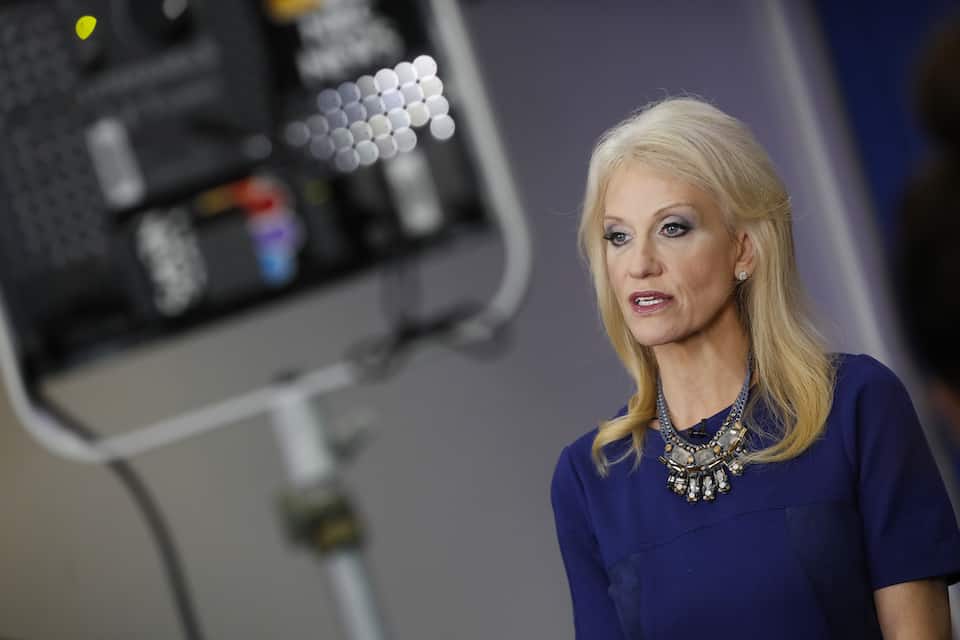 As Donald Trump's campaign manager, Kellyanne Conway, now a top adviser to the president,  constantly appeared on TV to shill for her boss. But according to Morning Joe co-host Mika Brzezinski, once the cameras were off, she would express her disgust with her candidate.

Kellyanne Conway has become a central figure in the Donald Trump era on the strength of her relentless and mendacious advocacy for Trump during the campaign.

And she has continued to fiercely defend him, with outright lies and absurd statements, as a senior adviser to the Trump administration.

However, On Morning Joe, co-host Mika Brzezinski revealed that Conway's public statements about Trump may not reflect her true feelings about him:

It is difficult to imagine Conway needing a shower any more than the rest of us did after the infamous Access Hollywood tape revealed Trump bragging about sexual assault. But Conway defended him, insisting that she had been alone with him many times without having been assaulted.

Before joining the Trump campaign, Conway sang an entirely different tune. She was highly critical of Trump and his supporters, before her paycheck depended on toeing the line.

After months of shilling for Trump, as a candidate and as the president, Conway certainly appears comfortable in that role, never showing anything but full support and admiration for the man she supposedly dislikes so much.

That Conway may quietly feel disgust for him, according to Brzezinski's revelation, is significant, however, because of the rift it could create in the White House if Trump sees it. Or if one of his aides secretly slips it to him. For a man who demands total loyalty from his underlings, the story that Conway requires showers after shilling would almost certainly send him into a fit of rage.

Conway might not be the only Trump enabler and defender who is privately revulsed by him. Many Republicans have indicated their disgust with Trump and their disapproval of certain actions. Certainly, they cannot all think it is acceptable, for example, for the president to fire the FBI director investigating him.

Yet Conway and her fellow Republicans continue to stand by, or even defend, Trump. That says far more about them and their willingness to put party over country than any quiet reactions they might have when the cameras aren't rolling.