Home National I was one of the most ardent Hillary haters on the planet…until...
Support progressive journalism.
Donate today 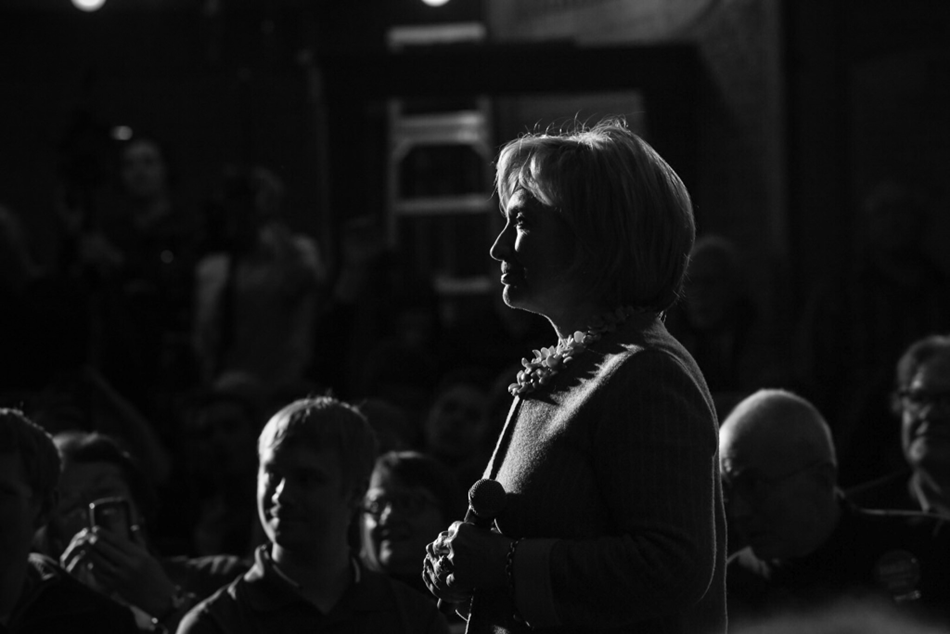 EDITOR'S NOTE: We originally published this essay in January, 2016. Written under the pseudonym Anna Whitlock, it is among the most shared pieces of content about Hillary Clinton of the entire election. The writer, Karoli Kuns, came forward publicly after Clinton secured the nomination. We have republished it below.

Not only did I write this…I asked if she would sign a copy of it for me when I was at the rally 2 wks ago. https://t.co/WnJO1Qpk8W #history

I believed with all of my heart in Barack Obama in 2008, and saw Hillary Clinton as the one single impediment to his election and a soaring presidency. I believed in the “fierce urgency of now.”

I was impressed but unmoved by Hillary’s concession speech, still not ready to forgive the anger and harsh rhetoric which became so much of the 2008 primary campaign.

It was not until President Obama nominated Hillary Clinton as his Secretary of State that my attitude began to soften, and it’s here I want to begin.

She was a great Secretary of State. Secretary John Kerry may be basking in the credit for closing the deals, but he walked through the doors Secretary Clinton opened for him.

Her tenure as Secretary of State, of course, led to the bogus email scandal, which in turn led to the slow-drip release of the emails on her home server. I decided I was going to read them.

In those emails, I also found a woman who seemed to understand power and how to use it wisely. A woman of formidable intellect who actually understood the nuances of a thing, and how to strike a tough bargain.

I read every single one of the emails released in August, and what I found was someone who actually gave a damn about the country, the Democratic party, and all of our futures.

She watched along with all of us as the Affordable Care Act made its way through Congress, with the same anxiety and aggravation many of us felt, and she rejoiced when it finally passed. She knew the Democrats who voted against it in the House, and she knew the ones who put their political careers on the line in support of it.

The Hillary caricature you see in the press is not the Hillary Clinton I came to know by reading those emails.

Yes, she had powerful friends in powerful places -- though I didn’t actually see any emails from Goldman Sachs. And yes, she approached those friends the very same way she approached people on her staff, or people she met in the course of being Secretary of State. She rejoiced in their joys and shared their sorrows. They weren’t just ticks on a political scoreboard. They were friends.

You could tell there were some squabbles internally with other members of the Obama administration, but there was also unflagging, utmost respect for the man who occupied the White House – the office she fought so valiantly to attain.

It’s a hard thing to swallow one’s pride and step to the side, but Hillary did it with class and with dignity. Not only that, she made the most of every minute of her tenure as Secretary of State. Not a day went by where she shirked the duty vested in her.

In short, she proved herself beyond what any other candidate has done, and she did it professionally, assertively, and without drama.

Here’s something else I learned about her through those emails: She’ll fight. And she’ll fight hard. She won’t shy away from a renegade Congress and she won’t always play nice. But she does play by the rules, which is more than I can say for a lot of the candidates on the other side.

Here’s one more reason I believe in Hillary. My daughter first voted in 2012. This will be her second general election, and she is excited to have our first woman president succeed our first African-American president. She, too, believes that Hillary Clinton is someone who will not only preserve President Obama’s legacy, but build one of her own, one of inclusion and inspiration.

That’s history she – and I – can both believe in.