Home National 'If only I could sell that.' Trump wishes he could profit off...
Support progressive journalism.
Donate today 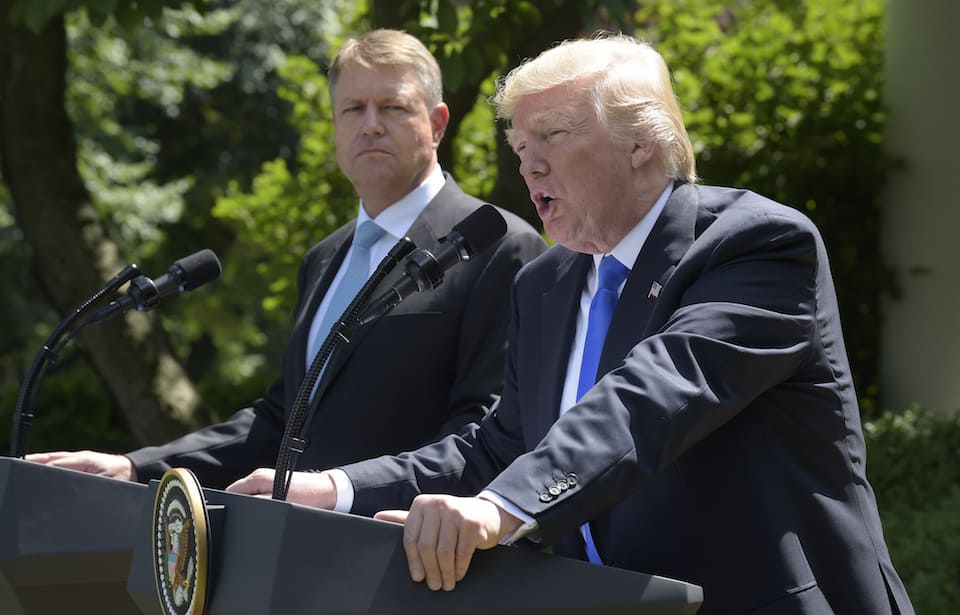 No matter the topic of conversation, Donald Trump's sprawling greed — and antipathy toward the free press — is never far from his mind.

In a bizarre, and thus truly Trumpian, moment, he looked out over the raised hands of the crowd and mused out loud, "If only I could sell that."

He then pondered if should call on of the "killer networks that treat me so badly as fake news."

And when ABC News's Jon Karl stood up, Trump admonished him to "be fair," and to remember "how nice" Karl was before Trump ran for president.

TRUMP: Um. Oh look at those hands up there, President. Do you have this in Romania too? I don't know. If I could only sell that. If I could only sell it. Who would like to ask — should I take one of the killer networks that treat me so badly as fake news? Should I do that? Huhhhh? Go ahead. Jon. Be fair, Jon.

TRUMP: Remember how nice you used to be before I ran?

TRUMP: Such a nice man.

Of course, considering Trump's dismal, multiple-bankruptcy track record in business, if he were able to turn the free press into a for-profit company, it likely wouldn't be around for very long.

But perhaps that is part of the charm of the notion for Trump. His well-known antipathy toward journalism and the First Amendment has shown no signs of letting up — unsurprising from a man with an obvious admiration for dictators.

Trump can daydream all he likes about making profits off the free press, but he'll still have quite a lot of questions to answer from them, and absurd deflections will only take him so far.