Home National If you had any doubt 2016 is about women's equality, #Repealthe19th is...
Support progressive journalism.
Donate today 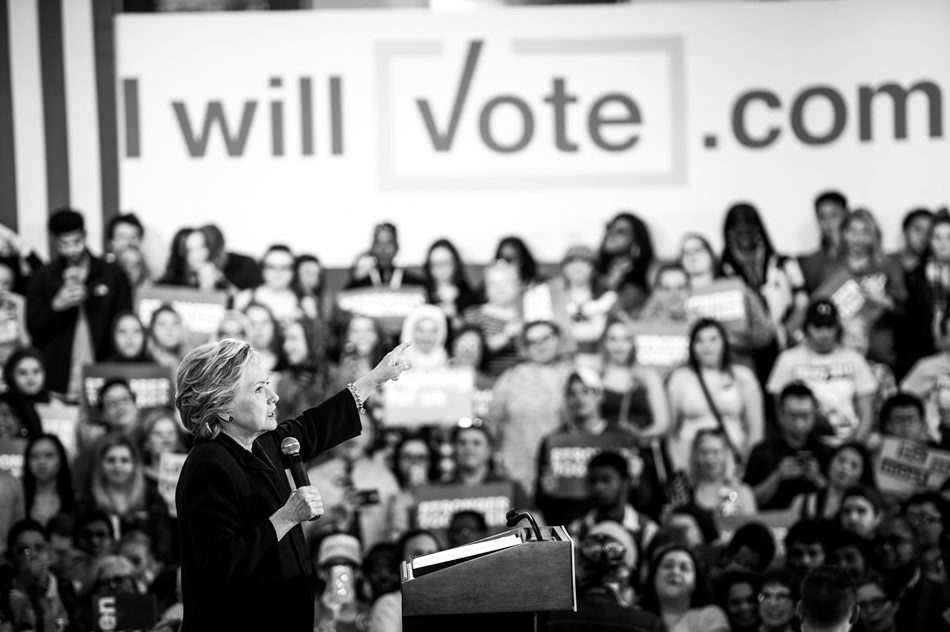 The contest between Hillary Clinton and Donald Trump has come down to a referendum on how women are treated in America. Few examples are more stark than the success of the Twitter hashtag, #Repealthe19th. The suggestion, even in supposed jest, that women should lose the right to vote nearly 100 years after the 19th Amendment was ratified tells us everything we need to know about the stakes in 2016.

There is a choice before us: A woman who advocates for women, or a man who treats us like garbage. And the decision will have far-reaching consequences, both legal and cultural, for women. Is our nation ready to move forward on women's rights, or is our equality going to be delayed once more?

That question could not be more appropriate. With a flood of revelations about Trump's egregious and aggressive behavior around girls and women, as well as the suggestion that women should lose the right to vote, Hillary Clinton's candidacy takes on even more significance.

She is the tip of the spear, bearing a thousand cuts and scrapes and scratches as she smashes through the final layer of the glass ceiling. And far too many of her supporters have endured endless intimidation and marginalization as they carry her to victory.

These wounds are the price we pay for progress. On November 8th, voters will send a message to the world that America values and respects women and that the misogyny Trump represents has no place in our society.

As Melissa so eloquently conveys:

To little girls, like Lilly who wanted to change her name to Lillary, and to women, like 103 year-old Ruline, who never thought she would get to vote for a woman, electing Hillary Clinton would be much more than a symbol.

Especially when the choice is not merely between a woman and someone who isn’t a woman, but a feminist woman and a profoundly anti-feminist man.

This is what I know: There is only one candidate in this race who respects me in my full humanity. Who believes that women’s rights are human rights, and said so, under no small amount of pressure not to.

That candidate is Hillary Clinton.