Home National If you want to bring the fight to Trump, Shareblue is the...
Support progressive journalism.
Donate today 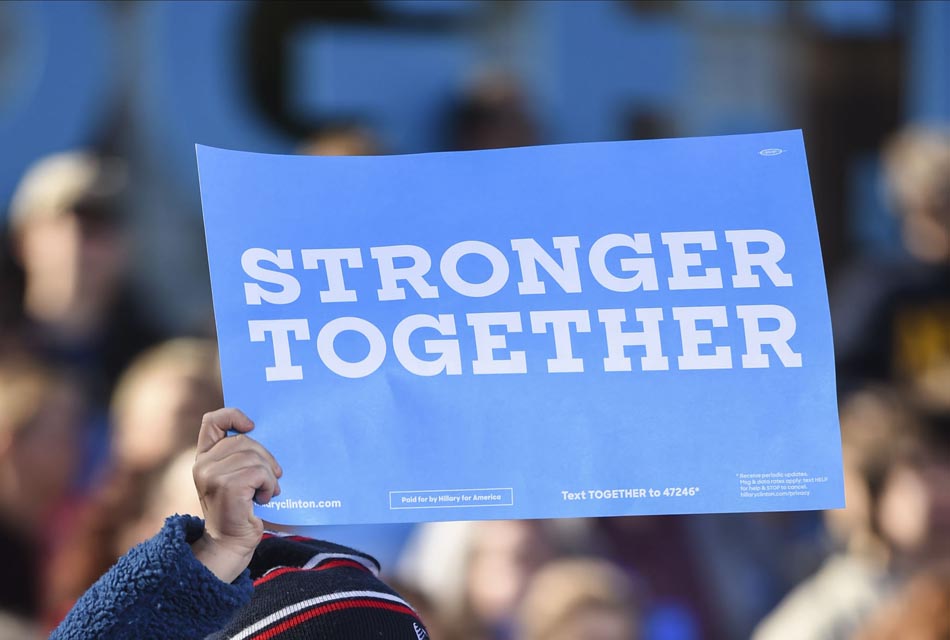 As we enter a whole new and alarming political era under a President Trump, Shareblue is ready to lead the charge — and we hope you will join us. We are, after all, still Stronger Together.

If you have felt like 2016 was a dreadful year and you are glad to see the back of it, you are certainly not alone.

We are entering 2017 in a much different space than we had hoped and expected to be: Instead of celebrating the nation's first female president whose competent leadership would build on the outgoing president's progressive record, we are dreading the inauguration of a president who traffics in rank bigotry, misogyny, and white supremacy and who has threatened to roll back every bit of progress that we have achieved.

It is a grim landscape, especially in comparison to that for which we were hoping. But we cannot let ourselves be demoralized. And there is resiliency in numbers. That is: You are not alone.

And we are going to fight for those values, every day.

We are going to fight for the things in which we believe, and we are going to fight against any attempt to erode the social justice work and social safety net that are the cornerstones of this pluralistic nation of people who are meant to care for each other.

We are going to contest every Republican Congressional effort to legislate limitations of rights, rescind protections, entrench inequality, redistribute wealth upwards, or in any other way fundamentally undermine the tenets of egalitarianism that must serve as the bedrock of our democracy.

And we are going to resist the normalization of Donald Trump every single day. His every conflict of interest, his every bit of cronyism, his every move toward authoritarianism, his every subversion of our democratic systems and principles, his every radical departure from foreign and domestic policy norms.

We will be here, throwing punches with the fact-based, passionate work to which you have become accustomed. We will not back down. We will only move forward.