Home National In 2017, we must ask if this White House thinks ANY civil...
Support progressive journalism.
Donate today 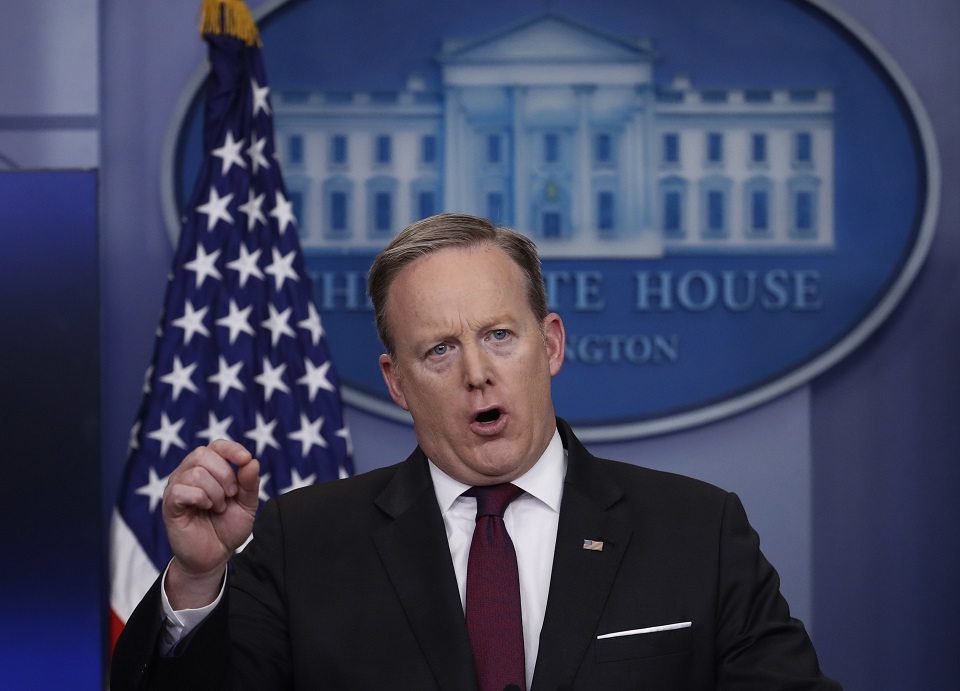 The Trump administration's rescission of President Obama's protections for transgender students has raised the disturbing specter of the white supremacist "states' rights" argument.

The Trump administration's rescission of President Obama's guidance on transgender students' use of restrooms and locker rooms in schools is worryingly reminiscent of the "states' rights" point of view. And the White House has now cast doubt on whether it believes any civil rights are worthy of federal protection.

Press Secretary Sean Spicer revived a familiar white supremacist dog whistle when he repeatedly told reporters that the protection of transgender students under the federal Title IX law is a "states' rights issue," but he went even further at a daily briefing.

SPICER: It's not — it's a question of where it's appropriately addressed, and I think there's a reason — we've got to remember this guidance was enjoined last August by a court. It hasn't been enforced. There was no comment period, by anyone, by the Human Rights Campaign, by teachers, parents, students. Nobody had any input into this. And it seems to me a little interesting that if this was any other issue, people would be crying foul that the process wasn't followed. The reality is, is that when you look at Title IX, it was enacted in 1972. The idea that this was even contemplated at that — is preposterous on its face. But that doesn't mean the president — the president obviously understands the issue and the challenges that especially young children face. He just believes this is a state issue that needs to be addressed by states, as he does with a lot of other issues that we've talked about. And so this is — we are a states' rights party. The president, on a lot of issues, believes in, in these various issues being states' rights. I don't see why this would be any different.

Roberts followed up, focusing on the civil rights aspect of the question, and eliciting a disturbing response that more explicitly expressed the belief that civil rights, in general, are not necessarily the purview of the federal government:

ROBERTS: I understand all that, I'm just wondering: does the White House disagree with the position that this is a civil right?

The entire point of the Civil Rights Movement, of course, is precisely that the federal government is needed to enforce civil rights. That is why these laws, including Title IX, are federal laws. Those were state troopers who fractured John Lewis' skull in Selma, after all.

It was bad enough when this White House took the position that the civil rights of transgender children were best left up to the states. But this declaration, in line with Attorney General Jeff Sessions' abysmal civil rights record, makes plain that all civil rights laws are on the table, and subject to the whims of demonstrably regressive state legislatures.