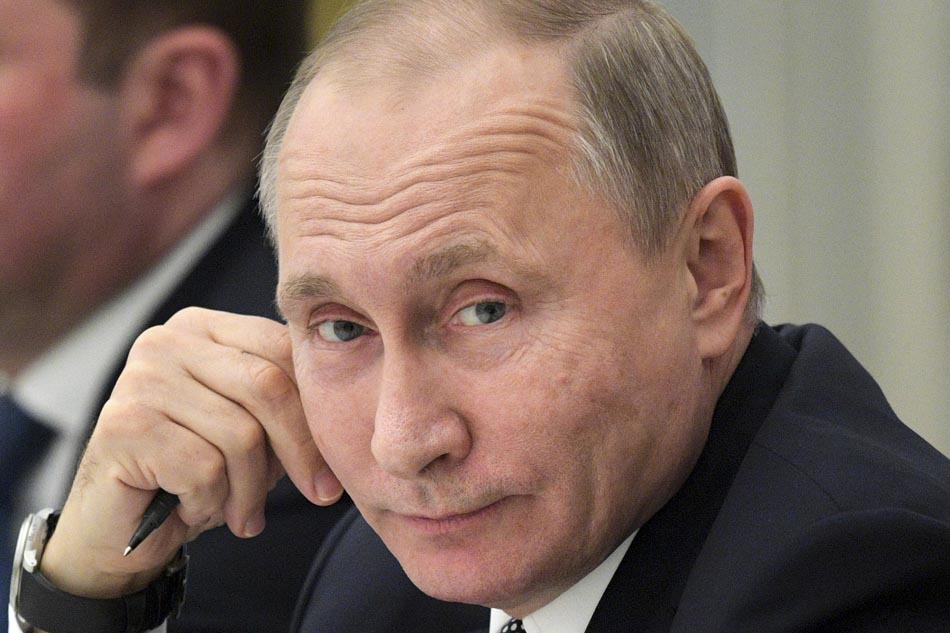 (Alexei Druzhinin, Sputnik, Kremlin Pool Photo via AP)
Get The American Independent in your inbox

The nation is reeling from revelations of Russian interference in our recent elections, through cyber attacks directed by President Vladimir Putin against Hillary Clinton and the DNC. But in addition to the serious concerns regarding how this happened and what it means to our national security is the potentially deadly threat of Russia’s ramp-up of its nuclear arsenal.

My colleague, Melissa McEwan, recently reported on the national crisis resulting from Russia’s interference in our recent presidential election and the silence and obstruction of Republican leaders in regard to full and nonpartisan investigations.

And Russia's aggressive flexing does not stop there. In a multi-pronged strategy of aggression and incursion, the cyber attacks have occurred alongside hostile steps from Russia which could potentially reignite the Cold War, while much of the U.S. media were focused on leaked emails. As President Obama reminded us during a recent press conference, those emails were “an obsession that dominated the news coverage.”

Indeed, while many people were distracted by WikiLeaks, Russia flagrantly violated longstanding nuclear arms treaties with the U.S. and engaged in an illegal ramp-up of their nuclear arsenal:

In early October, as Americans obsessed about their presidential election, the Russian government made a surprise and otherwise unnoticed decision: It would unilaterally suspend a 16-year old agreement with the United States requiring Moscow to get rid of dozens of tons of weapons-grade plutonium -- used to make nuclear weapons.

This was the latest in a long string of nuclear arms control agreements that Moscow had decided to ditch, irritated with U.S. opposition over Ukraine and worse, sanctions that crippled the Russian economy. Under President Vladimir Putin, the Russian government has abrogated two other nuclear disarmament agreements, suspended outside inspections and just plain skipped the last nuclear security summit.

Russia also initiated a program to produce ground-launched cruise missiles in violation of a longstanding treaty agreement reached by President Ronald Reagan and his Soviet counterpart, Mikhail Gorbachev, in 1987. U.S. officials expressed concerns that “Russia is producing more missiles than are needed to sustain a flight-test program, spurring fears that the Kremlin is moving to build a force that could ultimately be deployed.”

Additionally, Russia recently tested a new drone — a nuclear submarine capable of carrying nuclear warheads within range of the United States — and is reportedly preparing to beef up mobile nuclear missile patrols near its European borders.

European leaders in closer physical proximity to Russia have called for an extension of sanctions against Russia due to its threats and military escalation. And more pointedly, Sweden has ordered towns to carry out war exercises, prepare underground bunkers and protected communication systems, and make other preparations for a potential military attack.

But President-elect Donald Trump seems hell-bent on appeasing Russia, refusing to hold them accountable and speaking recklessly about nuclear weapons. As Bruce Blair, a nuclear security expert, notes, this is not a strategy that best serves America’s interests: “Rather than assuaging the Russians, it has only stoked insecurity in Europe and perhaps tempted Russia to intervene in the Baltic states. In other words, appeasement only makes matters more unstable.”

Before the election, even a number of Republican leaders expressed alarm at Russia’s nuclear escalation, and disagreement with Trump’s appeasement approach.

President Obama is now promising action against Russia’s interference in our elections, while Trump still refuses to condemn or address Russia’s cyber attacks.

As Rep. Elijah Cummings said: "We have no time for partisanship here." We cannot lose sight of the wide range of threats Russia openly has waged against the United States and our allies around the world.

Russia has apparently returned to the world as it was prior to the deal struck by Reagan and Gorbachev, and our President-elect appears too enamored with, or beholden to, Putin to meaningfully defend U.S. interests. The self-proclaimed master of “the art of the deal” cannot be allowed to sell America’s national security down the river to appease a master Cold Warrior, who seems to be playing him like a fiddle.