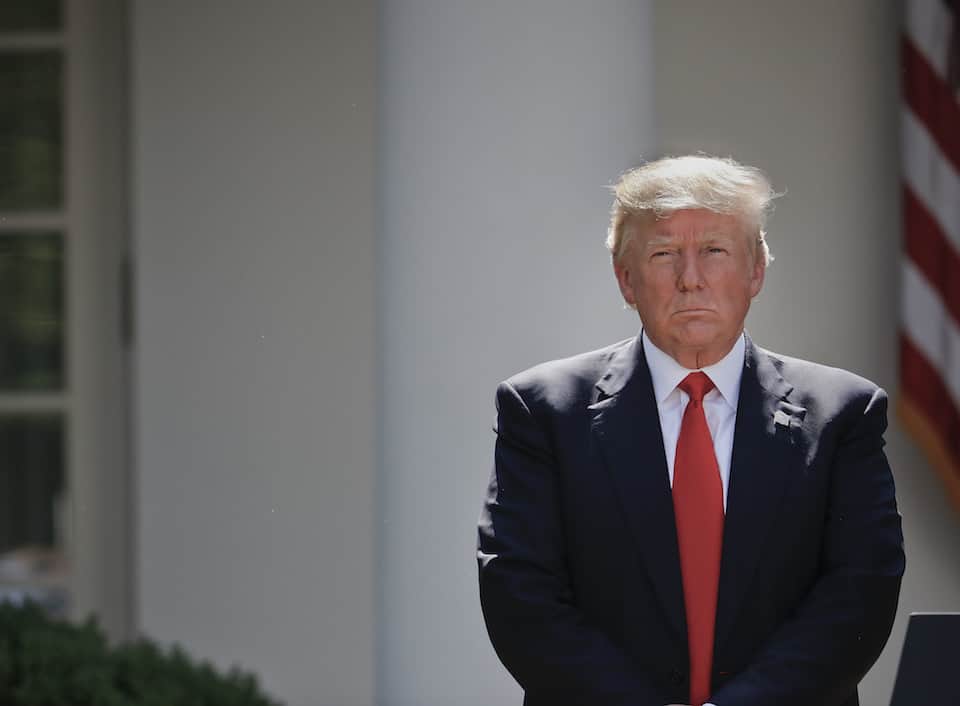 It's a bad week to be Donald Trump. Again.

This week, Donald Trump's attempts to shut down investigations into his team's possible ties to Russia are coming back to bite him with a vengeance.

In addition to failed attempts to solicit loyalty from the FBI director, who refused to give it and was subsequently fired, Trump reportedly also sought help from other intelligence officials to push back against the FBI's probe.

On Wednesday, two of those officials — Daniel Coats, director of national intelligence, and Adm. Michael S. Rogers, director of the National Security Agency — will publicly testify before the Senate Intelligence Committee at the hearing to examine Foreign Intelligence Surveillance Act.

The Washington Post reported in May that Trump "urg[ed] them to publicly deny the existence of any evidence of collusion during the 2016 election." This was after Trump had already attempted to pressure FBI Director James Comey to shut down the investigation, which Comey refused to do.

A senior intelligence official told the Post that Trump was trying to "muddy the waters" of that investigation and that they viewed Trump's attempts "as a threat to the independence of U.S. spy agencies."

A former senior intelligence official said the problem with Trump's request was that he "was asking them to issue false statements about on ongoing investigation."

In addition to testimony from Coats and Rogers, Deputy Attorney General Rod Rosenstein and acting FBI Director Andrew McCabe are set to testify as well. Rosenstein drafted the memo about Comey that Trump initially invoked as his reason for firing the former FBI director. Trump later confirmed that he had intended to remove Comey before any such memo existed.

Comey is scheduled to testify before the Senate Intelligence Committee on Thursday, an event that is already receiving huge national attention and will be carried live by all major networks. Comey is expected to testify about Trump's attempts to pressure him to shut down the Russia investigation.

Mere hours before testimony begins, Trump announced on Twitter — which may or may not be considered an official presidential statement, depending on whom you ask at the White House — that he is nominating Christopher A. Wray to be the new FBI director.

That Trump would make such an announcement in the midst of a week of potentially damning testimony about his apparent obstruction of justice hardly seems like a coincidence.

The testimony begins Wednesday at 10 AM and will be carried live on CSPAN.